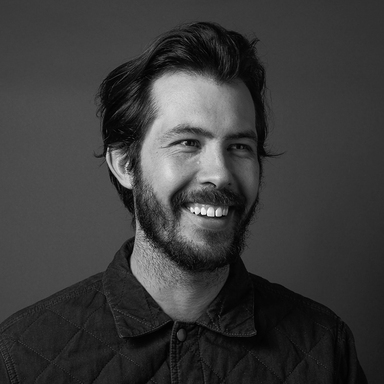 Originally from Australia, Ben relocated to the United States almost a decade ago in pursuit of a specific vision for brand — to bring the creative quality and craft usually reserved for small practices to projects and clients of intimidating scale and complexity. He believes that at the heart of all good design is an equal marriage of concept and craft. A provocative and insightful idea, brought to life with art and finesse.

His portfolio spans a diverse range of brands, from luxury companies to global giants including Spotify, Instagram, and Coca-Cola — garnering particular recognition for his development for uncommonly compelling, far-reaching, systemic identities. The resulting work has been internationally recognized by D&AD, Graphis, Cannes, AGDA, Communication Arts, the Type Directors Club, The One Club for Creativity, the ADC, Print Magazine, and FPO — among others. Designweek named his work for Spotify as some of the most globally defining to date. In 2019 Fast Co named the Mailchimp rebrand one of the best prices of design in 2019. Just recently he launched a provocative evolution for investment app Robinhood, which has (so far) received a warm reception on Twitter.

He lives in abject fear of speaking publicly, and has done so only three times. Once in Cairo​. Once at the One Club for Creativity's leadership conference in Arizona, and most recently at Brand New's First Round in San Francisco.

In 2017 He was honored to be named an ADC Young Gun (Class 15), joining some of graphic designs most terrifyingly talented individuals. This has not done anything improve his impostor syndrome.

Ben moved to San Francisco in 2018 as Creative Director of the COLLINS SF office and has begrudgingly accepted that hiking is now a part of his life.