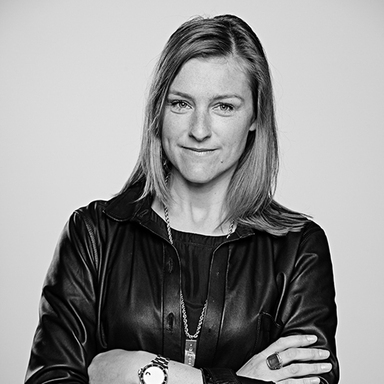 Tara Ford is the Chief Creative Officer of DDB Sydney and Board Member of the Advertising Council of Australia.

She has made a career from mold-breaking creative leadership and iconic creative work. In just over a year her creative leadership helped DDB Sydney win Campaign Brief Agency of the Year, a title it hadn’t held for more than a decade. Over this time, Ford has also been ranked #1for Executive Creative Directors in Australia according to Best Ads.

In 2020 she was named Creative Person of the Year (Australia/New Zealand) by Campaign Asia. She made B&T Women in Media Power list (no,18) making her the first and only creative to ever make the shortlist. And was on ‘The Global Creative Influencer of the Year’ top 100 list according to Creativepool.

Previously Ford has worked at some of the most creative agencies around the world, using her experience to develop culturally impactful creative platforms for iconic brands such as PlayStation, Nike, McDonalds, Virgin, Absolut and VW.

Her work has been consistently recognised throughout her career, at the highest level of every major international award show, across a huge range of clients and disciplines. Ford has judged and chaired at every major global award show. She is a sought-after industry speaker and active mentor to young creatives. And with her work as a board member of the Advertising Council of Australia and the AWARD Committee, she helps guide the future direction, reputation and values of the industry as a whole.