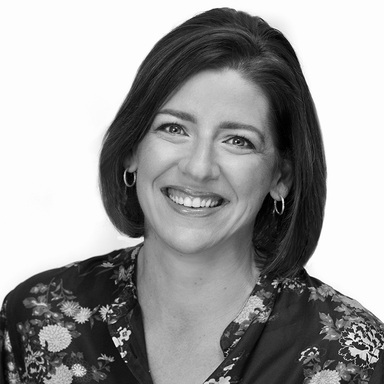 Morgan Flatley has a reputation for her strategic vision and building iconic brands. Combining her curiosity for consumer insights and passion for creative, Morgan has built award-winning marketing campaigns responsible for driving connections with consumers and growth for multiple global brands. As a member of the McDonald’s US Leadership Team, Morgan plays an integral role in advancing the company’s customer growth strategies. Since joining McDonald’s in May 2017, Morgan built the capabilities and processes to put digital, data and insights at the heart of all marketing programs. In 2020, Morgan led McDonald’s to find their brand voice by unleashing world-class creative, accelerating the power of social media and protecting big ideas. This approach led the record-breaking Famous Orders campaign that accelerated business momentum and landed McDonald’s #2 on Ad Age’s 2020 Marketers of the Year List.

Morgan’s relationship-first approach has been critical in building a high-performing team and strengthening partnerships internally and externally with franchisees, suppliers and agencies. Prior to this role, Morgan served as SVP, Chief Marketing Officer of PepsiCo’s Global Nutrition Group, where she was responsible for accelerating growth for PepsiCo’s flagship nutrition brands – Quaker, Tropicana and Naked. Morgan oversaw the long-term innovation agenda and brand positioning along with efforts to build PepsiCo’s position as a nutrition-led food and beverage company.

Before joining the Global Nutrition Group, Morgan was Chief Marketing Officer of PepsiCo’s iconic Gatorade brand. In that role she was responsible for shaping marketing efforts to drive its U.S. commercial agenda and leading a team to ensure that every consumer touch point – creative, product, digital, design, retail and experiential – was tightly integrated and true to the purpose of fueling athletic performance. She was also led Gatorade’s long-term innovation pipeline and helped broaden the brand’s offerings to include more performance nutrition options, athlete services and streamlined packaging. During her tenure, Gatorade saw a return to multi-year growth.

Morgan is the architect behind some of Gatorade’s most celebrated marketing campaigns, including Cannes Gold Lion winner and epic farewell tribute to Derek Jeter, “Made in New York.” As a result of her leadership, she has been recognized as #41 on Forbes’ World’s Most Influential CMOs List, one of Ad Week’s “30 Most Powerful Women in Sport,” named Chicago Advertising Federation’s “2016 Advertising Woman of the Year,” and was awarded Adweek’s 2015 Grand Brand Genius the publication’s most prestigious award.

Prior to Gatorade, Morgan worked on Brand Pepsi and at Saatchi & Saatchi in New York. Morgan is a graduate of Dartmouth College and Harvard Business School. She is a 2017 Henry Crown Fellow of the Aspen Institute and a member of the Aspen Global Leadership Network. Morgan currently resides in Chicago with her husband and three children.