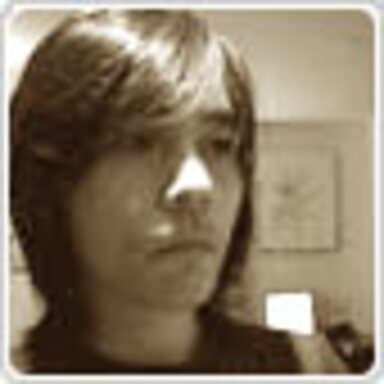 Yoshi Sodeoka is a New York based artist, designer and musician who has been producing both art and commercial projects for over a decade. Sodeoka has received grants from Greenwall Foundation and his digital artwork has been featured on numerous CD-ROMs, web sites and in exhibitions at the San Francisco MoMA, Whitney Museum of American Art, Turbulence.org, Creativetime's Holiday Light Show at the Grand Central Terminal and OFFF Festival in Spain. In addition, Sodeoka lectured on widely on the topic of digital art and design and has juried design awards for Art Director's Club, the One Club, Society of Publication Designer and .MOV Festival by Shift Japan. He was a contributing writer for Artbyte magazine in which he wrote a bi-monthly column about underground digital culture. And prior to that, he was the founding art director of Word.com, one of the Web's oldest and most influential e-zines, which launched in 1995.