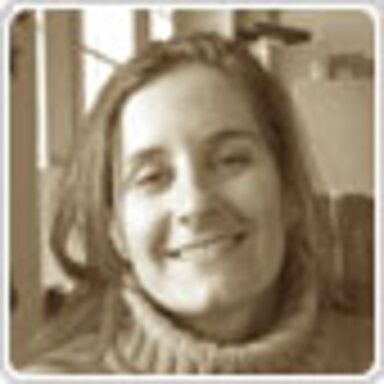 I was born in Barcelona in 1973 and I graduated as a graphic designer at ESDI (Escuela Superior de Diseño) Design School in 1996. I started my career in McCann Erickson Barcelona in 1996, and at the same time I started doing some freelance work for FAD (Foment de les Arts Decoratives, a design of applied arts body) and other companies. In 1996 the Internet was in its infancy in Spain. I soon got interested in this new medium and in all the possibilities it offered from a communications and design point of view, so I started looking for work in this sector. My first job was that of a web designer at Xarxa Cinet, Fundació Catalana per la Recerca (a research body that funds projects related to new technologies). In 1999 I joined the creative team at DoubleYou as a Graphic Designer, being after a couple of years promoted to the Art Director position I currently hold. At the time I joined DY was a small interactive agency. It already stood out though for its high creative standards and for its good grasp of what online/interactive communication was. This profile has been maintained until nowadays and it's been valued by some of the biggest brands in the Spanish market, who have trusted DoubleYou to help them translate all their brand imaginary and emotional values online. My experience at DY has involved work for clients like Nike, Arbora&Ausonia (part-owned by P&G), Audi, Seat, etc. Projects I have been involved in and awards they have won : International awards As an Art director: June 2004 Cannes Cyberlions Grand Prix in the Integrated Interactive Campaign category for 'Nike San Silvestre 2003 Race'. Gold in the Travel, Entertainment and Leisure category for the 'Nike San Silvestre 2003 Race' campaign. May 2004 One Show Interactive Gold in the Online Campaign category for 'Nike San Silvestre 2003 Race'. April 2004 FIAP Bronze in the Web Advertising category for 'Nike San Silvestre Race'. March 2004 Clio Awards Bronze in the Consumer Website category for 'Nike San Silvestre 2003 Race'. As a graphic designer: December 2002 The New York Festival New Media Bronze Medal for the 'Audi A4' microsite in the "Best website design" category. May 2002 The One Show Interactive 2002 Finalist in the 'Promotional Advertising / Websites' category for the Audi A4 microsite. November 2001 The New York Festival -New Media Competition- Finalist Certificate in the 'Web Site' / 'Corporate Image/Brand Building' category for Evax Products National awards As an Art director: El Sol Festival - San Sebastián Grand Prix in the Interactive category for the 'Nike San Silvestre 2004 Race' campaign. Gold in the Sponsoring category for the 'Nike Cursa de Bombers' website. April 2004 LAUS Design Awards Winner in the Interactive Campaign category for 'Nike - San Silvestre 2004 Race'.