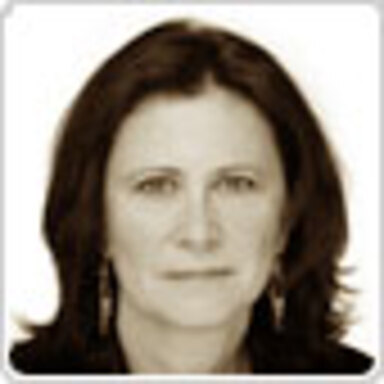 Joyce King Thomas was named Chief Creative Officer of McCann Erickson New York in 2004. She is best known as the writer behind MasterCard's priceless campaign which runs in 100 countries and has become a pop culture icon, borrowed by everyone from Letterman, Leno and Bart Simpson to a Brazilian presidential candidate. The team behind the campaign was recently featured in a Fortune Magazine special edition on ten teams that changed the world. (The team that invented the light bulb was also included. Seriously.) King Thomas, a graduate of the University of Missouri Journalism School, began her career writing help wanted ads in St. Louis, Missouri. Today she runs a department of nearly 200 people who work for Verizon Wireless, Staples, Wendy's, Nikon, Intel, Major League Baseball and the United States Army. She (and the talented people who work with her) have won awards from Cannes, The One Club, the Art Directors Club, Graphis and CA, among others. My ten favorite ads: Apple "1984". So compelling it has mythology built around it. Did it run once? Did the client try kill it? Did the agency? Honda "Grr". More than an ad, art. Volkswagen Print. The sixties and seventies were filled with unforgettable print ads from Volkswagen. My favorite is one that ran during the energy crisis with the drawing of a guy with a gas nozzle pointed at his head like a gun. Benson & Hedges "Oh, the disadvantages of a long cigarette". Witty and stylish. Alka Seltzer "I can't believe I ate the whole thing". Just funny. Ikea "Lamp". Smart and left of center. Truth Campaign: Best public service campaign ever done. Nike "If you let me play sports". Beautiful. Would give most anything to have done it. Nike "Tag". Ditto. Milk "Aaron Burr". Perfect strategy. Perfect execution.