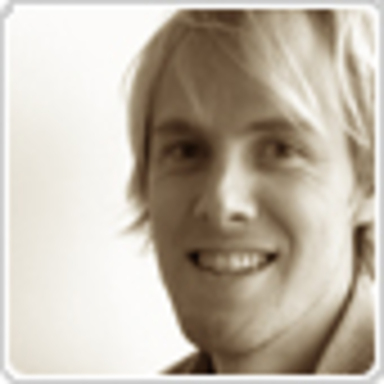 Iain has been working in the online space since the mid-'90s. After graduating from Edinburgh University with a B.S. in Psychology, he built websites for many of the Edinburgh Festivals. But before he had time get involved with the Puppet Festival he moved to London (the rumor was that they had a better version of the Internet down south). At an unpronounceable agency called Syzygy he work on projects for The Royal Opera House, Boots, Wilkinson Sword and Siemens. He moved to become the Director of Product Development for First Tuesday, a networking organization connecting entrepreneurs to VCs. After being responsible for the .com boom he realized he missed the creative bit of agency life. So he moved to Oven Digital. Which went bust. From the ashes of Oven, Iain set up a hybrid entertainment startup which proved to be ahead of it's time (i.e. irrelevant). So in the depths of the .com trough he started Poke with 5 other homeless digital veterans. Poke is a creative agency that focuses on the digital space. As well as working with clients like Orange, WWF, American Express, Zopa and Yahoo!, Iain writes a blog at crackunit.com and gets involved with a bunch of industry things. He's especially proud to be judge at One Show Interactive, and enjoys being left with a brain full of other people's great work and a nagging sense of inadequacy. Finally, he absolutely hates writing about himself in the third person, it makes him feel very strange.