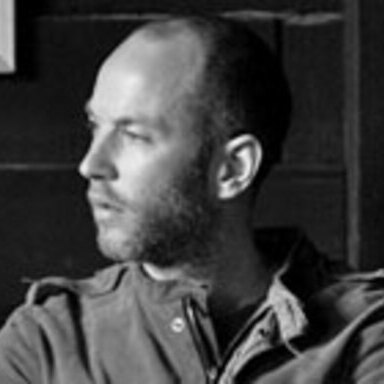 Trained as an architect in his native UK, Chalmers built installations and environments for his own amusement before doing it for Coke, Disney & Ford at Imagination.

He joined HHCL+Partners in the 90's to work on the infamous Tango account - work that helped the agency gain Campaign magazine's 'Agency of the Decade'.

Leaving London for Amsterdam in 2000, Chalmers joined two Swedes, a Canadian and a dog called Zorro - the birth of the original StrawberryFrog. As ECD & partner he delivered celebrated work across 170 countries.

In 2008, Chalmers joined international creative studio Perfect Fools as group partner, establishing the Amsterdam studio where he stays close to the coalface with a focus on technology, design & storytelling. The Fools’ recent work on Converse's Canvas Experiment, an enormous interactive screen using shoes as pixels, is touring internationally, turning heads & picking up awards.

Chalmers holds a number of industry accolades, was named 'Godfather of Guerrilla by the British TV awards and is listed as one of Europe's top 5 interactive creative directors.

He co-founded global digital collective, Creative Social, in 2004 with Daniele Fiandaca & the industry’s early interactive pioneers. Celebrated for their inspiration and a united vision of collaboration, Creative Social events have brought sharing back into the business.

Chalmers likes useful utility or the brilliantly useless. There is nothing in between. He regularly curates art exhibitions in his garage.