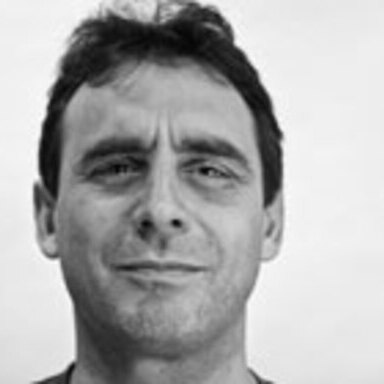 Roger is Executive Creative director, Group Creative Director and Executive Vice President at Arnold. Roger has worked at Arnold for 11 years and was recently named one of the MVP's of New England Advertising. While over-seeing all brands within the agency, he also currently directly runs the Carnival Cruise Line business.

Roger created the best-selling One Show Annual box set (I am IN this book.) and his "Apple 1984 Focus Group" short film lampooning focus groups became an instant hit within the advertising industry. He ran the ESPN fantasy football and baseball business, worked with Billy Mays just before his death, launched the new VW Jetta, ran the truth account, and has written some iconic truth spots such as the "Shards O' Glass" Super Bowl spot and "Singing Cowboy."

Prior to joining Arnold, Roger worked at Fallon in Minneapolis where he worked on Miller Lite, BMW and Nikon. Throughout his career, he has worked on everything from youth oriented brands to cpg and automotive brands. He too has won the long string of awards everybody always lists here, including an Emmy.

Roger recently spent his entire life savings building a bunker in his back yard to prepare for the end of the world later this year and he's really hoping the catastrophic predictions come true so he can get some value out of the bunker and prove to his wife that he was right.