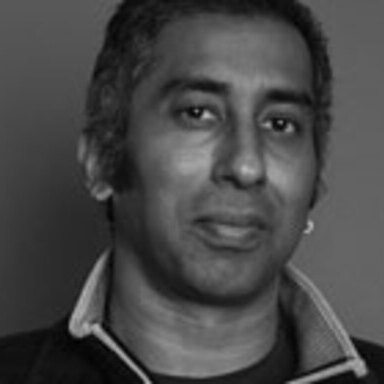 Kash has been fortunate enough to have worked all over the world (Four continents andone sub continent, so far).

Trained as Graphic Designer with horrific art direction skills skillsHe left London and moved to Singapore where he began a long journey to becoming onethe world's most-awarded advertising writers. From 1994 to 1996, Kash worked at Batey Ads, Singapore and helped it become Agency ofthe Year, in Asia.

In 1996, he moved to DDB Sydney as Head of Copy. In 1997, DDB Sydney was Campaign Brief's Australian Agency of the Year.

In 1997 Kash and his partner Andy Fackrell hired by Wieden and Kennedy, Portland. Where for five years, he helped create some of Nike's most memorable work of that time. Including the Tiger Wood's 'Hackeysack' spot, which became a global viral hit, before theword viral had even been fully coined as a phrase.

Later, he would be one of the four creatives that created the Nike 'Play' campaign, whichincluded the 'Tag' spot. That swept the leading shows in the world. Winning numerousBest Of Show honors, including the 2002 Cannes Grand Prix.

Not surprisingly, Wieden and Kennedy was the most awarded US agency at Cannes that year.

Graduated from a Writer to Creative Director. He moved to Leo Burnett, Chicago and soon learned to deal with extremely cold weather while putting his inimitable stamp on theagency's creative output by helping reposition Nintendo with the "Who Are you?"campaign.

In 2005, he joined BBH, New York as Group Creative Director. In the next 18 months he would successfully help globally reposition the ailing Vaseline brand, with the "KeepingSkin Amazing" campaign. While also contributing to other brands like Axe, All detergentand British Airways. Following Hegarty's own credo, good work brought in good results. BBH, New York wasnamed as one of the fastest growing names to watch in the US Advertising industry. AndVaseline, won the Global Effie in 2007.

Most notably helping DeBeers evolve beyond just traditional media to more integratednon-traditional ways of talking to its audience. This resulted in things like the GrandCentral Station "Roses" installation, and the Madison Square Park "Mistletoe Installation"and its "Unbreakable Kiss" films. A piece of advertising, that people stood in line to be a part of.

In 2009 kash joined Pereira O'Dell as ECD. In 2010 they became this two year start up became the small agency of the year.