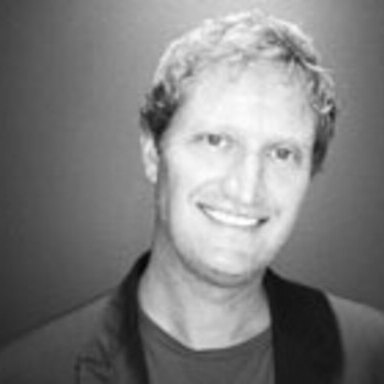 It was a long two years of breathing chemicals at a dry cleaning plant that forced Eric King to strongly consider a career change. After the chemical fog cleared, Eric remembered his love of creativity and began a more inspired career at the School of Visual Arts NYC where he quickly earned an internship leading to a junior art director position with BBDO NY. His rookie effort, a Pepsi print campaign with type designed by David Carson, caught the attention of Wieden & Kennedy who called with a position on Nike.

After a move to the north-west, Eric's introduction to TV started with Nike 'Guerilla Tennis' featuring Sampras and Agassi in the streets of New York, earning a Silver Lion, followed by his Nike 'Play Ball. Please.' baseball strike campaign collecting One Show Golds. His creative career continued as a senior art director at Goodby/Silverstein SF where he received a Kelly Print Nomination for his Nike FIT Apparel campaign, and later winning the Wall Street Journal pitch with the 'Adventures In Capitalism' outdoor campaign, honored with One Show Silver.

The chance to work with Chuck McBride led him to Chiat/Day SF where he was given both writer and art direction credit for the Fox Sports MLB 'Beware of Things Made In October' and the NHL 'The More Hockey You Watch, The Tougher You Get' campaigns, both receiving Gold Lions, Silver D&AD and an Emmy Nomination for the 'Beware' campaign.

As a filmmaker, Eric has directed work for Cutwater and Creature, agencies that are always breaking new ground with their innovative work. His Levi's 'Moonwalker' viral film has over 1,000,000 hits on YouTube.com and is featured on the websites adsoftheworld.com and theinspirationroom.com.

At Grey NY, Eric created Canon's HD video contest on Vimeo 'The Story Beyond The Still' which won the 2010 Gold Cannes Lion for Branded Content, Silver Lion for Promos and a Bronze for Titanium/Integrated. It's an 8-month digital film contest where photographers become directors and see beyond the still. The final film was premiered at the 2011 Sundance Film Festival.

His latest digital effort, Canon's 'Project Imagin8ion', asks photographers to submit photos that will inspire a Hollywood short film by Oscar winning director Ron Howard. Mr. Howard said "I thought it was a great idea and a fantastic storytelling exercise. It's gonna push the story in all sorts of creative directions and yield something that's very original." The film will premiere in November in New York at a red-carpet event.

Eric is looking forward to continuing his creative success as a Creative Director at Leo Burnett in Chicago.