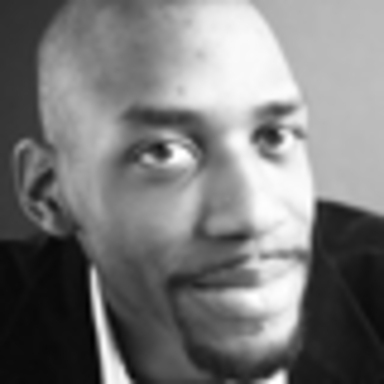 Perry Fair is a graduate of Clark Atlanta University in Art and The Creative Circus in Art Direction and was ranked as one of the top 25 young advertisers in America by the AAF. He supplemented his classical advertising training with real world experience. Having cut his teeth at Fletcher Martin Ewing and Cole Henderson Drake, where he won 3 Addy Awards while still an intern and also Wieden and Kennedy, where he created work for Nike.

Perry was hired by Burrell in 1999 and spent 3 years rebuilding one of its core clients, Coca-Cola and created the Nu Classic Soul campaign for this client. This campaign is ranked 12th in all time most recognizable work for Coca-Cola. He also created the launch campaign for Tracy McGrady's first shoe from adidas, the T-MAC and made it the best selling shoe since the Shell Toe, selling out nationwide in the first week. In collaboration with Arnold Communications and Crispin Porter Bogusky, he has also done breakthrough work for TRUTH and his work has been featured in American Cinematography, Shoot, Adweek, Adage, Communication Arts, AdForum, USAToday, NewsWeek and Entertainment Weekly.

Mr. Fair pitched and won more than 80 million dollars worth of new business for Burrell, becoming the youngest person in the history of the company to be promoted to Associate Creative Director for Coca-Cola, Toyota and Lexus.

In 2003, Perry Fair joined The True Agency as Associate Creative Director for Target, AARP and Nissan, helping True garner its first Effie - first Effie given to a Multicultural Ad Agency.

Moreover, he was acting Creative Director on Infiniti, for which he created the agencies first fully integrated advertising effort for Infiniti, "InfinitiInBlack.com". The work featured print, branded content, events, a microsite, as well as rich and non-rich ad units. The campaign was featured in The New Yorker, CNN, Creativity, ONE, The Magazine, Archive, PDN and Adweek. It also garnered a Gold Effie for creativity and effectiveness.

While At True, Perry also created the viral campaign, "ElectricMOYO, which featured a poet traveling from coast to coast on a mission of "Freedom, Access and Respect." A viral style microsite with streaming real-time music and in-car interviews with celebrities across 10 different cities supported the campaign and worked in concert with viral content, events, community service and a live 30-minute radio show. "ElectricMOYO", ranked 4th in best non-traditional advertising for 2003.

Moving to Element79Partners in 2005, Mr. Fair served as Senior Writer. He created creative for Harris Bank as well as Gatorade Fierce, re-launching the brand after a two-year absence. The work featured Ben Wallace, Dwayne Wade and Vince Carter and was a finalist in the 21st Annual London International Awards. He also created creative for the launch of a new Gatorade brand - Gatorade RAIN and re-wrote the tag line for Propel - to be used across its brand platform.

In 2006, Mr. Fair returned to The True Agency as Executive Creative Director. He continued his work on the integrated InfinitiInBlack.com concept and evolved it into a more robust interactive experience with all elements leading to the online luxury experience. Mr. Fair also launched the integrated "Keys' campaign for Nissan, The campaign featured a stunt where Nissan car keys were dropped in 10 cities. When found, instructions were attached to the keys that said," If found, please don't return, my Nissan Altima comes with push button start and I no longer need these." People who found the keys were prompted to go online and register to receive a $5, $10 and $15 dollar gas cards. The campaign was featured in The New York Times. It also won a Silver Effie. Perry Fair also helped expand True by opening an office in Nashville

In 2008, Perry Fair moved to TBWA\CHIAT\DAY as Creative Director of Nissan North America. He launched the integrated Z campaign" Follow The Z." It featured a cross country tour of the new Z with all content and promotions pushed to enthusiast sites and hosted on a microsite located on NissanUSA.com, This was followed by two viral films for Nissan using Sport Illustrated, Hot Import Nights and The Luxor Hotel. The films received over 1 million hits each online. This was supported by rich and non-rich ad units print, OOH, events and broadcast. 6 long form films where also created in partnership with EA Games and lived on EaGames.com The films also received over 1 million views online.

He also created the launch campaign for the Nissan Cube, "Cube Mobile Device." The launch included a "mobile hub" which allowed for each element of the campaign to support the online experience, but do so unique to its medium. The campaign lived in cinema and featured a "text-to" code embedded in the film, print, OOH, rich and non-rich ad units, broadcast, events, viral films, ring tones, social networks and wallpaper. The launch also included the creation of the first iPhone to iPhone multiplayer game ever created; moreover, the campaign was featured in The New York Times

Mr. Fair has also written and sold the original supernatural thriller, "The Fourth Horseman" which was acquired and placed into production by Intrepid Pictures.

Most recently, Perry garnered two silver MIXX Awards for creativity in interactive advertising in the categories of Branded Content and Digital Integration.