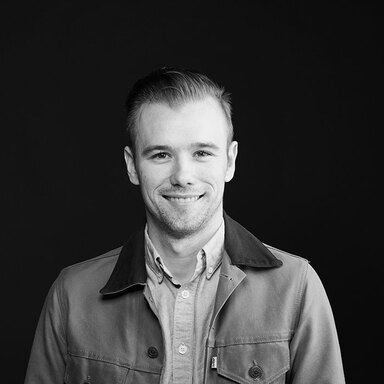 Brian is an award-winning designer and typographer/letterer who has built his career through his dedication to craft excellence, delivering visually impactful, effective design work for his clients. He currently serves as Group Design Director at 360i where he oversees the brand design department and works across all the agency’s accounts.

Before joining 360i, Brian worked at Deutsch NY, where his work won Titanium & Integrated Lions at Cannes. Prior to that, at DDB, one of his projects, the Drinkable Book, earned the agency its first Cannes Lion trophies in over 30 years. Before Brian started his career at Pentagram, where he worked primarily on identity and large scale signage projects.

Time and again, Brian’s work has earned top honors from the industry’s most prestigious awards organizations, including the Cannes Lions International Festival of Creativity, The Type Directors Club, The One Show, The CLIO Awards, The Andy’s, ADC, etc. His work has been featured in the Smithsonian and Boston's Museum of Science, and he won the prestigious ADC Young Guns award in 2014.