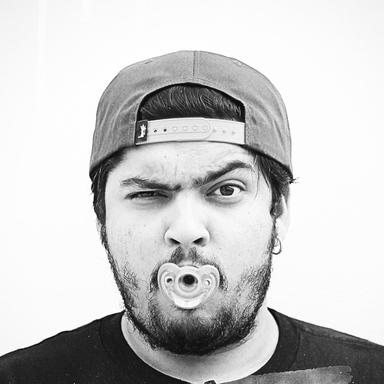 Soham is a universal mantra as it relates to the breath, and everybody breathes. Soham is a Sanskrit word that means, 'I am that' or 'I am that I am.'

Wait. What? Well, he couldn't figure out the depth of his name. But his interest in everything creative runs pretty deep.

An an alumnus of Miami Ad School, he was the most awarded advertising student in the world when he graduated with over 120 national and international awards. Soham has worked in India, Miami and NYC. He is currently a Senior Creative at Leo Burnett, Chicago and also works with Human Rights Foundation as a consultant Creative Director. His project Flash Drives for Freedom aims to end Kim Jong Un's regime by smuggling flash-drives filled with relevant content inside North Korea.

He has won plenty of metals at The One Show, ADC, Cannes Lions, Cannes Lions Health, D&AD, ADC Young Guns, The Andys, The Clios, LIA, Facebook Global Awards, Epica and so on. He has been a jury at The One Show, The New York Festivals and a speaker at educational institutions and marketing conferences. He is also a visiting faculty at Miami Ad School, Miami, NYC, Mumbai, and Portfolio Center, Atlanta.

Soham has been named as one of the 30 under 30 most creative people in advertising by Business Insider. Twice!