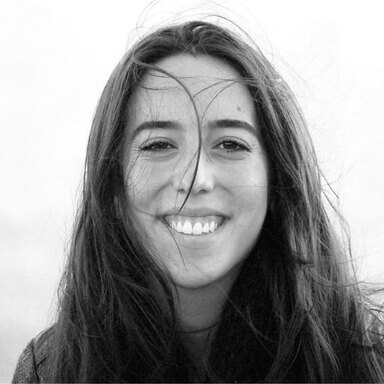 Sofia Rosell is a Cuban-American Sr. Art Director, born and raised in Miami, FL. Since her early childhood she has always been obsessed with the “mini-movies” that played between Monday night football on the television. As an adult she learned she could have a career making those “mini-movies,” and fell deeply in love with advertising.

In just her first two years working in the industry she has already achieved what many agency veterans dream of, with two Super Bowl spots and every major international accolade under her belt. She is one of the youngest creatives ever to have made back to back Super Bowl campaigns, for iconic brands like Budweiser and Kraft-Heinz’ Devour. In 2018 she represented the United States in Cannes Lions after she won the Cannes US Hispanic Young Lions competition; and not just that, but also picked up her first professional lion for Budweiser, plus a handful of Clios and One Shows. All this, before turning 24.

As the first female creative hire at DAVID, Sofia became part of a team that helped the agency become one of the top in the US market, and has now moved to GUT to help build the agency from the ground up.

Beyond the awards, Sofia makes her voice heard through ideas that shape culture, fight injustice and promote equality. Examples she's most proud of include Estrella Jalisco’s, "Share for Good," that managed to change Facebook algorithms that promoted racist and stereotypical views of Latinxs, and Budweiser’s, "A Little Help From A Bud," that helped women avoid harassment at bars by helping them get home safely.

She credits all her accomplishments to the ingenious mentors she has been lucky enough to have around her. Their encouragement has been a game-changer for her career, and looking forward, her greatest hope is to have the opportunity do the same for the next generation.

Her passion for creativity is contagious and has helped her lead national and global campaigns for some of the world’s biggest brands; but most importantly, she makes the best damn Cuban coffee in the office.