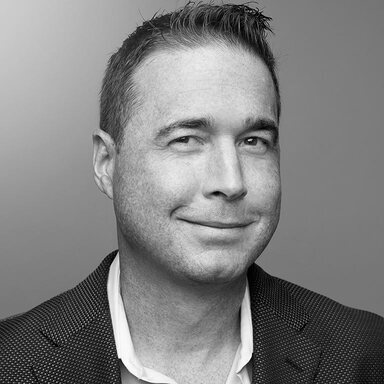 As a creative leader, Mark Taylor has shaped iconic brands at the industry’s most notable agencies. Taylor spent the majority of his career at Crispin Porter + Bogusky, but also served as an ECD and CCO at BBDO, GSD&M, Fallon and most recently Mering.

Regardless of what agency he represents, Taylor develops new approaches to solving business problems with creativity, often making campaigns go viral and persevere for decades, in particular with American Express’ “Small Business Saturday.” While Taylor led the creative for this account, it garnered 10 Cannes Lions including two Grand Prix, in what Fast Company Magazine referred to as “the most successful campaign of the decade.”

Other career highlights include Burger King’s relaunch of “Have it Your Way,” MINI’s “Let’s Motor,” and the Grand Prix-winning Ikea “Lamp” spot. For Burger King, Taylor helped develop the Titanium Grand Prix winning “XBOX Games,” the reincarnation of the “King,” and “Subservient Chicken,” which was named the One Show’s “Digital idea of the decade.” He also spearheaded Bud Light’s award-winning “Up For Whatever” Campaign, the “Real-Life Pacman” Super Bowl commercial, and Wrigley Extra’s “Sara and Juan,” an internet sensation, which racked up 74 million views in its first week online.

Taylor has received multiple Best of Show honors in the industry’s most prestigious award shows, including the Grand Prix at Cannes in four separate categories. In 2003 he was listed as the 6th most awarded art director by Boards Magazine, and in 2012, Taylor was named as one of the top 10 most awarded creative directors in the world by Creativity Magazine. In 2015, AdAge selected two of Taylor’s campaigns to be part of the “Top Ad Campaigns of the 21st Century” (Burger King’s Subservient Chicken and American Express Small Business Saturday which came in sixth and seventh, respectively). And in 2016, The Drum chose both Small Business Saturday and Subservient Chicken as one of the 120 biggest “Marketing Moments” of all time.