Let’s meet Barb — a very pregnant Italian American — and her Italian husband Vincenzo, played by Mathery's Erika Zorzi and Matteo Sangalli respectively. They're stars of "Felicitazioni," a five-act tale unfolding on Instagram Stories in wild and unexpected ways. The first three acts have already been released and are ready to view under their Highlights, while Act 4 will be dropping this Monday, June 28 and its conclusion will be unlocked the following Friday. With still images and video, each chapter appears as if a comic book made love to an obscure Fellini film, then raised the baby on hallucinogen-laced sorbetto.

Barb and Vincenzo — I mean Erika and Matteo — filled us in on the making of "Felicitazioni." 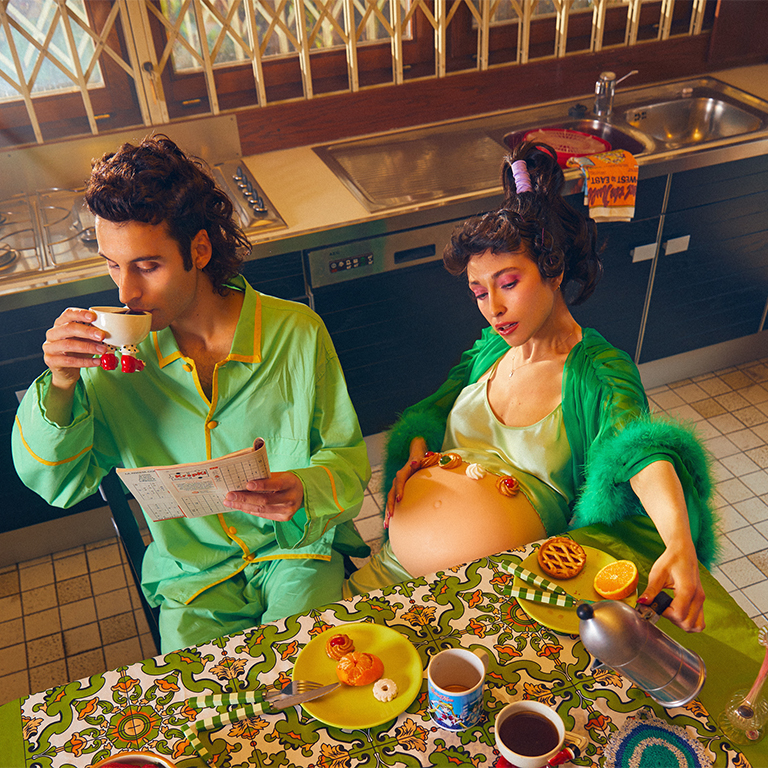 Erika: A couple of years ago we tested storytelling for the first time through Instagram Stories. We basically made a film that lasted four consecutive days, and it had no title or no particular structure like Felicitazioni. It was released on our @matherystudio Instagram account since it came up very spontaneously.

There was this filter that made you look older that went viral, and as a joke, I used the filter and took a photo of us on the plane while we were going on holiday to Sicily. It was hilarious because Matteo had bleached hair at that time so the app easily turned him white!

The next day I took another photo of the two of us in bed and made Matteo an old man. I named him Calogero and we invented a story that we documented through Instagram in which after sleeping together, we fell in love. It evolved into us doing rom-com things on the Sicilian beaches.

Eventually, things got out of control. Calogero turned me old as well by forcing me to eat a fig, and I decided to kill him with a pizza cutter. Our special effects and props were limited to tomato sauce and whatever else we had with us on this holiday, and it was all scripted at breakfast each day and shot on our phones afterwards.

After that impromptu experiment, we wanted to repeat this format and write a story/film/photo romance that used Instagram Stories. We visited my best friend at her new house, and we were like, “oh my god, we could totally do a movie here!” At the same time, that house made us think about a parallel life where we decide to quit our crazy New York lives to put down roots in Italy — buy a house, make babies, and so on. A few weeks later, we decided that that was it! Let’s just put the two things together!

What did you want to capture with Felicitazioni Romance?

Erika: "Felicitazioni" means "congratulations" in Italian, and we liked the idea of using an Italian word as a title to give the story an even more “bucolic” or Italian-romantic feel. Vincenzo is Italian and Barb was born and raised in Palm Springs by an Italian American family, so she uses some Italian words too. We wanted to give the film a nostalgic opulence and a 70s American look, yet always carrying an Italian aesthetic in the acting and in their love/hate relationship too. We gesticulate a lot, we are direct, impetuous, and passionate.

"'Felicitazioni' means 'congratulations' in Italian, and we liked the idea of using an Italian word as a title to give the story an even more 'bucolic' or Italian-romantic feel."

Where and how have you guys been writing and filming the story?

Matteo: We are TV commercial photographers and directors, and last year a job took us back to Europe from New York, where we live, and we decided to stay here for a while. We missed Italy and we really wanted to take this opportunity to shoot a personal project here, with our friends who wound up being the small crew of Felicitazioni.

The script was written fast and furiously in a couple of days — the story format didn’t need to be too complicated, and we like the fact it sometimes doesn’t make any sense. The dialogue was a bit tough for us because at the beginning we thought to personify ourselves, but right after the shoot, while looking at our photos we were like, “Wait! That’s not us! We have to be someone else!” And that’s how Barb and Vincenzo where born.

This medium of story-telling reminds me of the new book chapters that would be available every week and someone would come hand-deliver the paper chapter stories to your house. Did you think about this old model as you were creating Felicitazioni Romance?

Matteo: Absolutely! In Italy, we call them “Photo Romance,” and these are no doubt our inspiration for Felicitazioni’s structure, format, and graphic design. Typically a photo book is written in third person with the narrator, and then you have speech bubbles. But using Instagram as a medium means that the narrator needs to be either Barb or Vincenzo, and we opted for Barb as she is the chatty one.

"Typically a photo book is written in third with the narrator, and then you have speech bubbles. But using Instagram as a medium means that the narrator needs to be either Barb or Vincenzo, and we opted for Barb as she is the chatty one."

Do you have any advice or tips for someone who is looking to try out this medium of storytelling?

Erika: There are no rules at all, and we are still experimenting. It’s really tough to get people’s attention on social media because we are used to swiping constantly and never landing too long on an image. At the same time a story needs time to unfold so you have to find a balance between creating suspense, but at the same time go right into the action as things need to happen quick!

"It’s really tough to get people’s attention on social media because we are used to swiping constantly and never landing too long on an image. At the same time a story needs time to unfold so you have to find a balance between creating suspense, but at the same time go right into the action as things need to happen quick!"

The last project we featured of Mathery’s was Coronart. How do you feel the theme of your work is shifting between then and now?

Erika: We see them as two completely different projects. The humor and aesthetic are always there in our work, but definitely in Felicitazioni, we wanted to use a location, and give context and realism to the characters. It’s not necessarily an evolution as we adapt to the idea we want to express. A small detail– Coronart was shot the first week of lock down in a small Brooklyn apartment!

Any top-secret details you can share about how the rest of the story unfolds?

Matteo: Oh yes!! There is a ghost that shows up everywhere, a doctor, and another potential baby. Act 3 is definitely the craziest one. The remaining series of events are supernatural and portray a certain kind of genre fluidity of a lot of emotions.

Young Guns winners and One Club for Creativity Members get featured here on the One Club website and across our social media channels. Have a new project you'd love to share? An upcoming exhibition and you'd like us to help spread the word? Drop us a line at membernews@oneclub.org. We always love to know what our One Club Members have been up to, so don’t forget to send us your cool work! 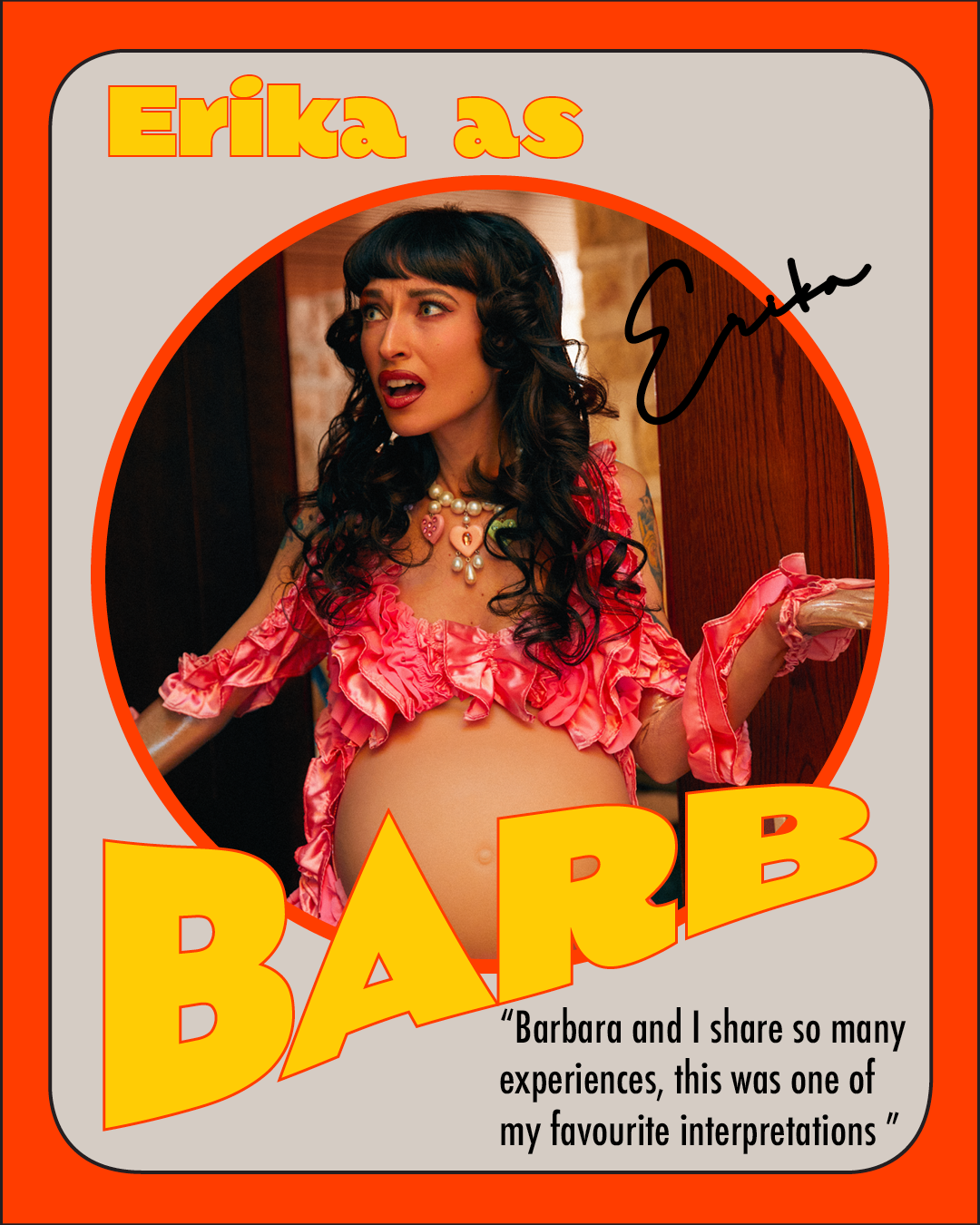 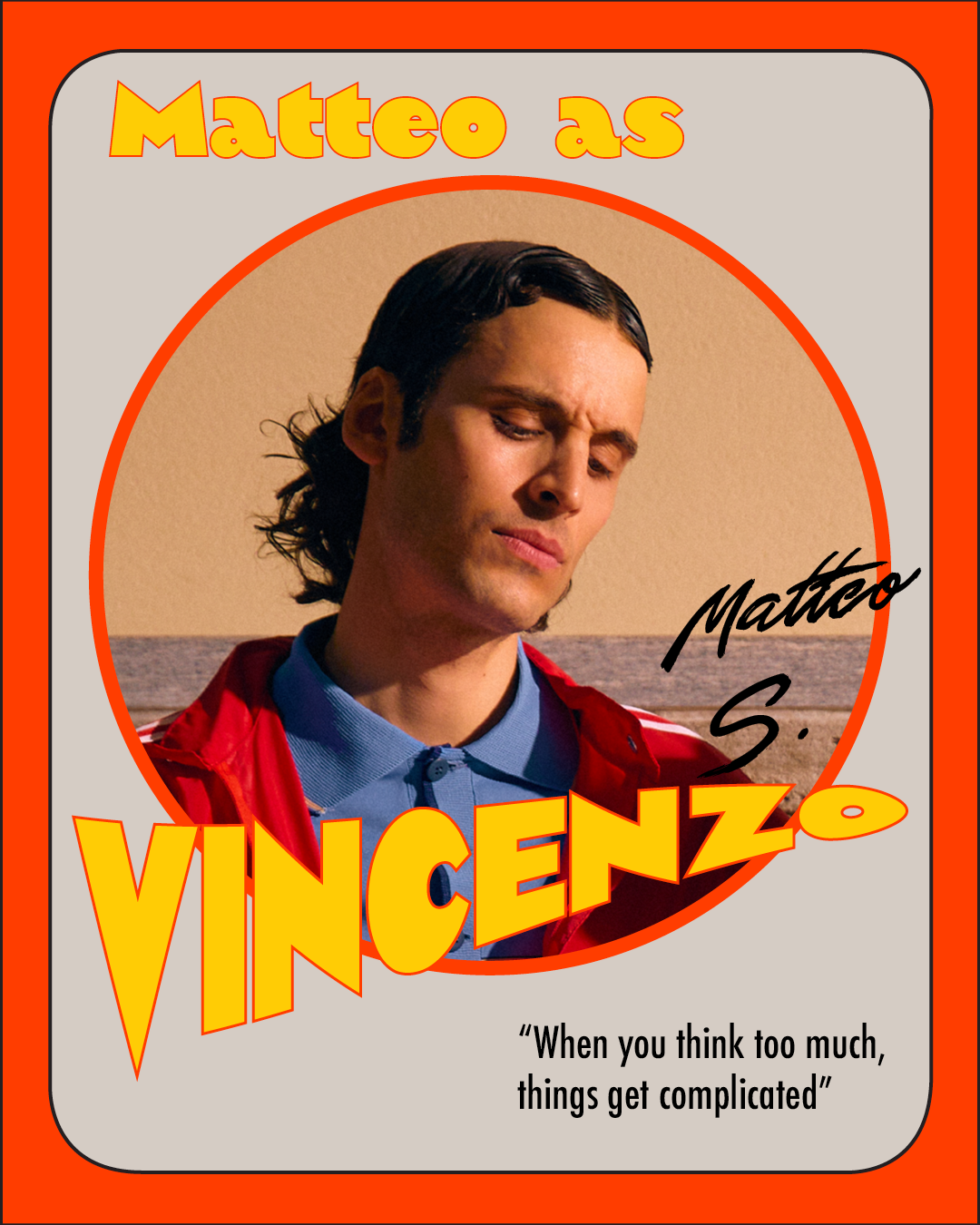 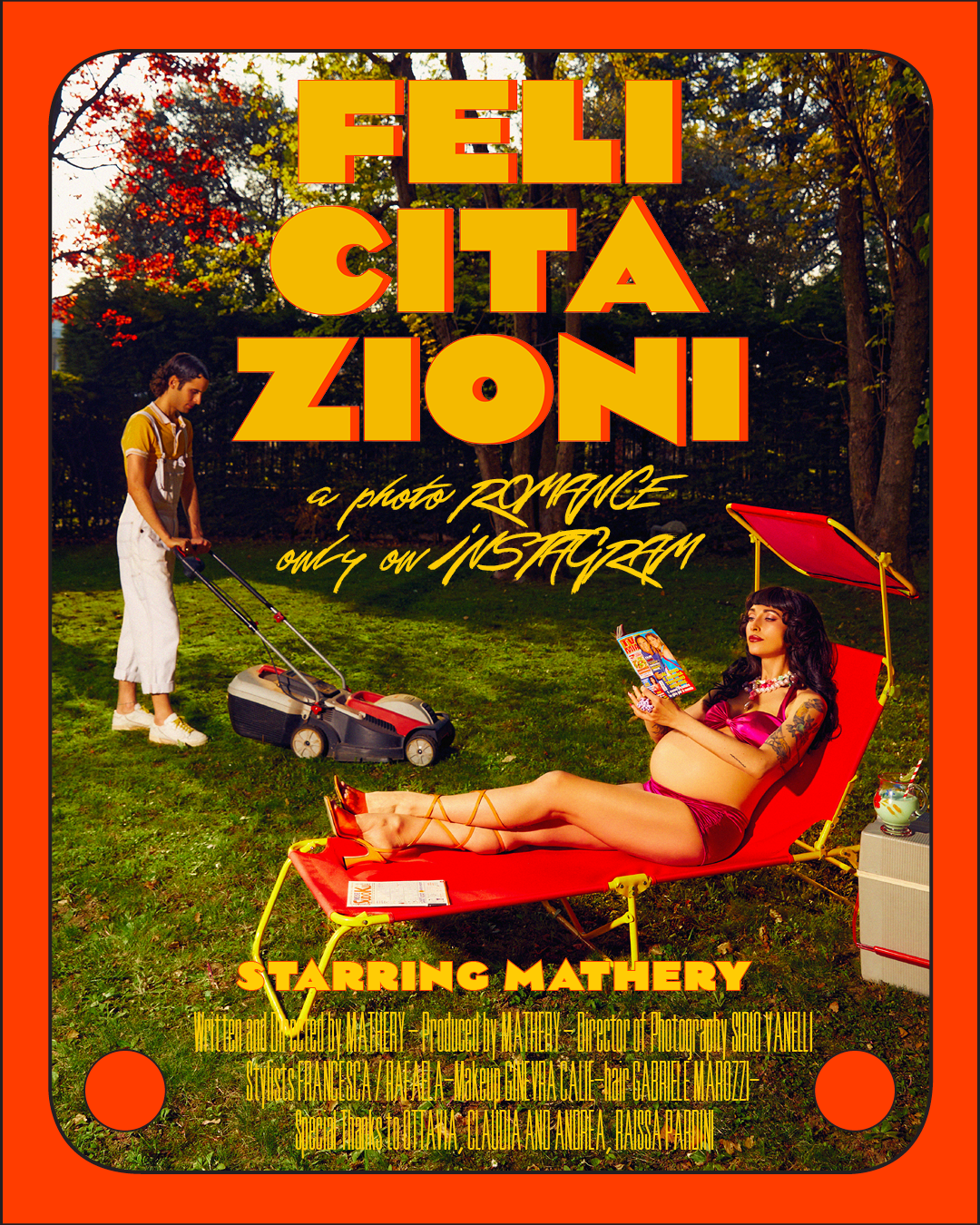 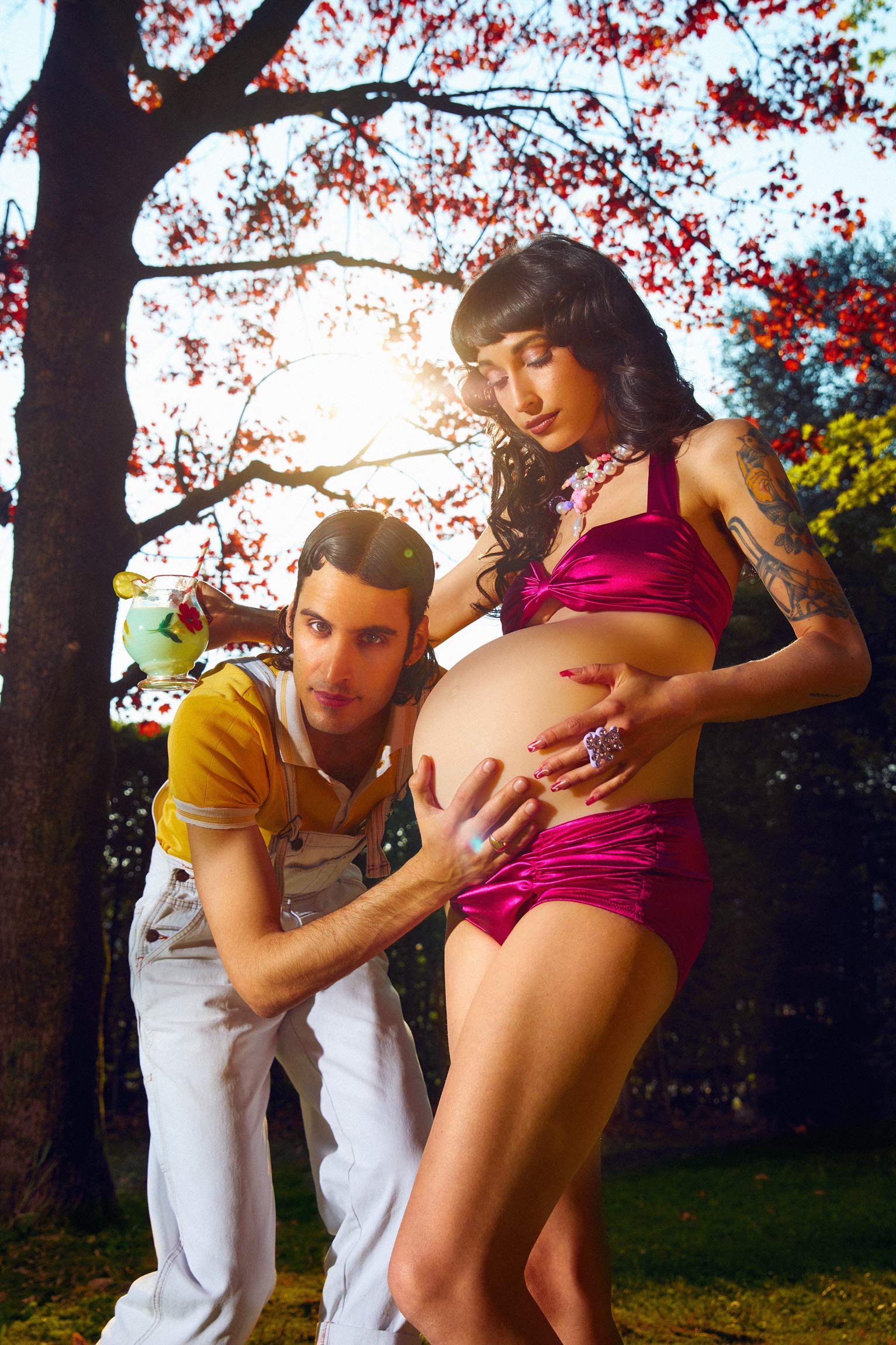 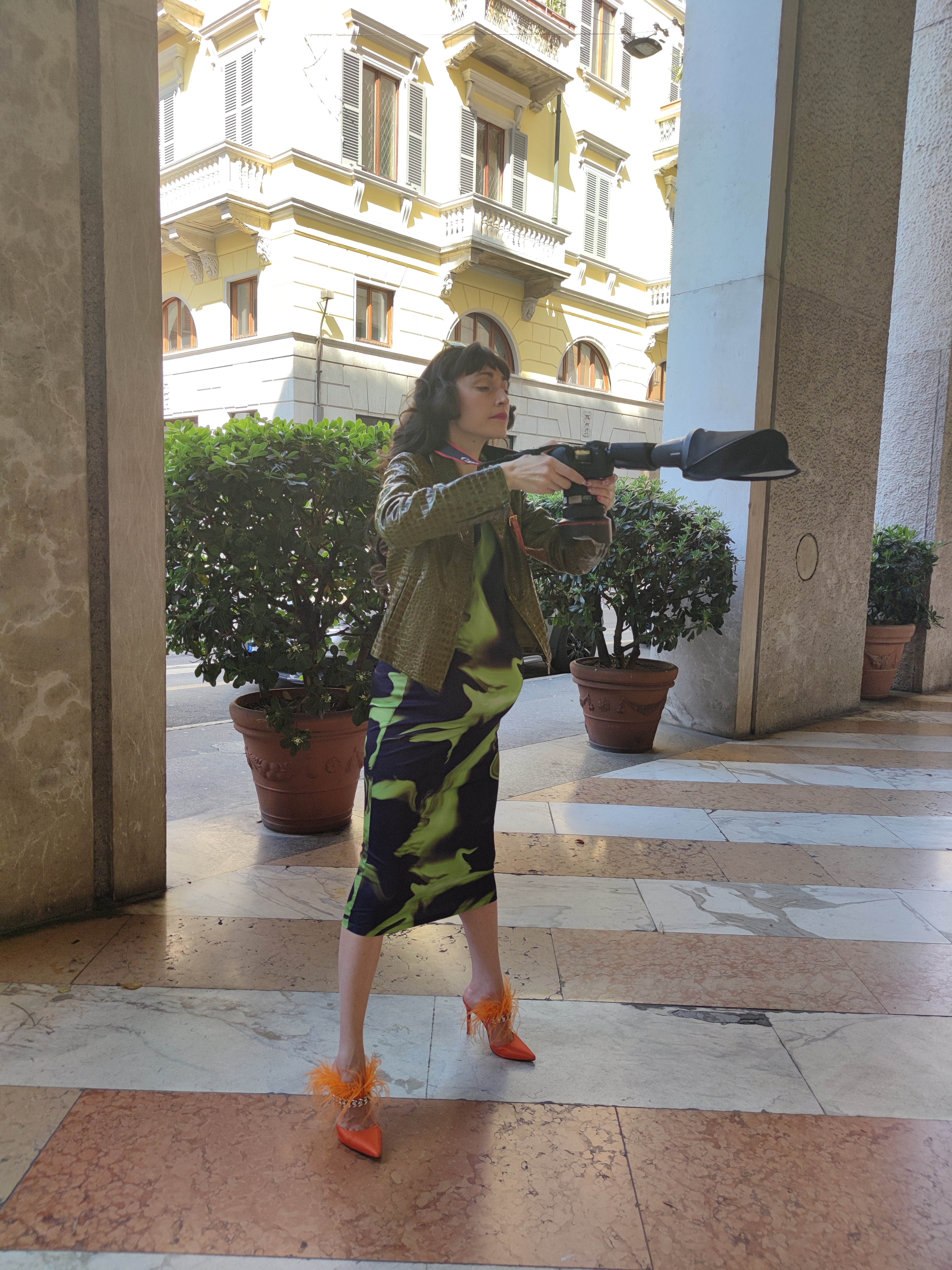 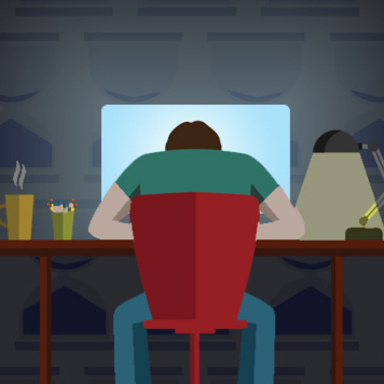 The New Procrastinator's Guide To Entering Young Guns
Last-minute tips from those who have been in your shoes... and won.