How did your upbringing, family or hometown shape you as a creative?

My mom encouraged my writing from a very early age. In second grade, I wrote a 41-chapter murder mystery titled “The Kid Killer” about a serial killer who (spoiler alert) breaks into a primary school and attempts to murder all the kids. This was my mom’s response to my very, very Roman-Catholic teacher: “She’s fine, she’s working on a story about Mary, Joseph and Jesus right now. There’s no murder in that one at all. Oh, except that whole Jesus part.” My mom still has “The Kid Killer” at home in Brampton. I doubt it will be available on Amazon any time soon.


What’s your “breaking into advertising” story?

Once upon a time, an ex-girlfriend of mine, an account director at a local Toronto agency, suggested I take a crack at copywriting, and introduced me to Creative Director, Andrew Bradley. He looked at my book, told me it was bad (it was), and we got together every week so he could help me make it better. He invited me to a recording session for an IKEA radio spot about a lobster trying to sell kitchenware. I sat in a chair in the corner of the room and watched Andrew discuss this Swedish lobster with the client, the account people, the talent, the sound folks, and I thought: this is a job? I want to do this.


What’s the piece of work you’re most proud of and why?

PFLAG Canada’s “Nobody’s Memories” because it brought people around the world together to fight for an important cause: marriage equality.

In 2015 Canada celebrated its 10th year of legal same-sex marriage. Although a celebration was in order, there was still a lot of work to be done for LGBTQ+ rights around the world. When we got to thinking about all the same-sex wedding memories that couldn’t have happened 50 years ago, or even a decade ago, we decided to pay tribute to gay people who were denied the right to marry in the past, and those who are still denied the right today.

We launched our campaign days before opening arguments on the legalization of same sex marriage in the Supreme Court began. 77 countries participated in our #lovemadelegal campaign, with maximum usage occurring in the U.S. I am so proud to have been a part of an amazing team that brought to life a past that should have been, and I continue to hope for a future filled with equality.


What does winning this award mean to you?

Being named a Next Creative Leader is an honour in the highest regard. When I was first introduced to the 3% Movement I remember feeling the data of that weighty 3% so inherently: I had never (still haven’t, actually) had a female creative director. I wasn’t downtrodden, I was hopeful. Hopeful because I recognized how one person (Kat) could begin a movement of many, how it only takes one person to make change in a powerful and visceral way. To be named a Next Creative Leader, to be a part of a collective bringing about positive change in our industry, is beyond inspiring.


Who has most influenced you in your career thus far?

Madonna Badger has been the single biggest influencer of my career. She constantly challenges me to recognize my creativity, my leadership, my selfhood, my influence, my worth, and my light. She calls me on my bullshit. She calls me on the phone. She calls it like she sees it.


What do you feel is the biggest challenge facing women right now (work or non work related) and how would you solve it?

Unfortunately, there are so many challenges. However, at the moment, in North America, the biggest problem facing women right now is that when we tell the truth about our lives we are not believed. The solution to this is simple: Believe women. Believe we are people, we are individuals, we are truth-tellers. Believe women.


If you were CCO of your company, what would be the one thing you’d change (if you could just wave your magic wand?)

Remove fear from every woman at the agency (every woman in the world) for one single week, just to see what happens.


The theme of this year’s 3% Conference is “Bring it.” What do you think you bring to the table as a creative and a leader?

“Yes, and…” As a leader, I attempt to bring positivity to every interaction I have. By encouraging a “Yes and…” environment where people in a room, in a meeting, in a brainstorm, aren’t finding ways to put one another down, but lift one another up. It’s a simple and effective way at problem solving because “Yes, and…” allows you to pivot off of anything, even an idea/thought/concept you think is terrible.


What’s the biggest lesson you’ve learned in the past year?

Don’t shoot car commercials in the desert in August.


What’s the biggest risk you’ve taken in your career so far and how did it pan out?

Leaving my home, friends, family in Toronto to live and work in California. Moving to the USA has challenged me in unimaginable ways, and I’ve seen sides of myself (both good and bad) that I didn’t know existed.


How do you “fill up your cup” creatively?


What would be your dream project and why?

Any project that has a chance (even if it’s slight) of making a difference in the world.


How are you leaving the work, the workplace or the world a better place than you found it?

By doing the work of trying to be better every day. Whether it’s by creating advertising that matters to the world, or that matters to the people of the world. Or by challenging the day-to-day decisions within the industry that we take for granted (#hirediversity #freethebid). Also, I ride my bike instead of driving, which is not an easy feat in L.A. because there are some crazy drivers in this city.


What’s the biggest piece of advice you can give to women embarking on a creative career?

You have a thing no one else has. Use that thing to do great things. 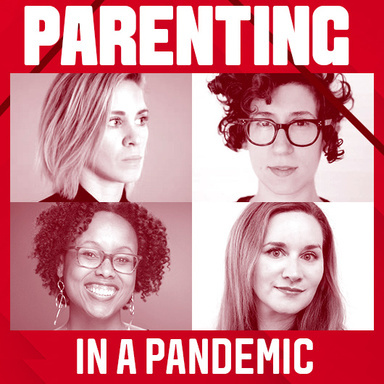