Of course, we had to get in on this music video and interview Shane to see how it all went down.

How did the collab with Wiz Khalifa and A Boogie Wit Da Hoodie come about? Do they call you and say “Hey, I like your work?” Or do you call them? 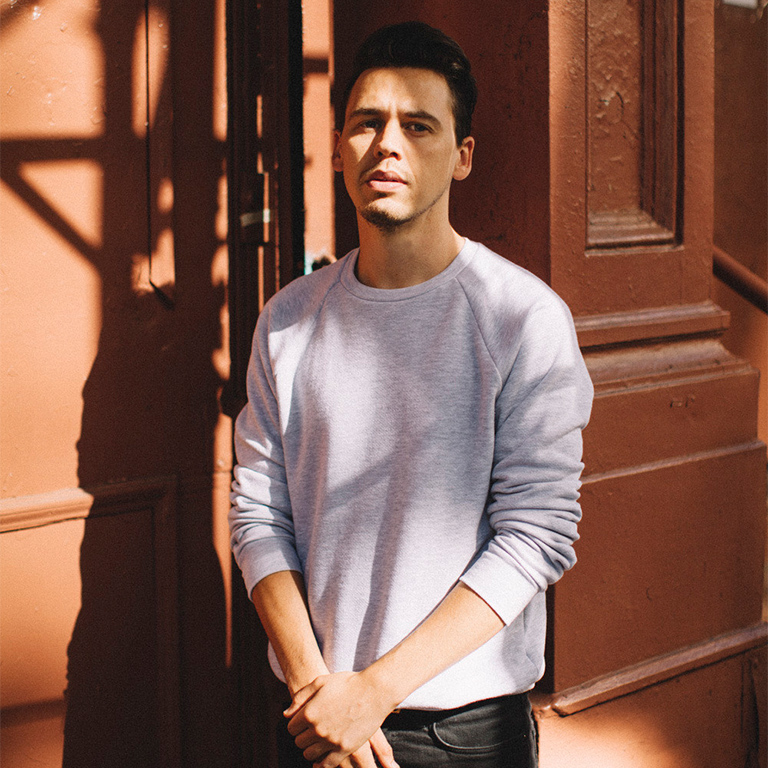 Believe it or not, the collaboration came through an Instagram DM by a video producer who works with Wiz. The message was sort of funny because whatever way he worded it, he was assuming I didn't know who Wiz Khalifa was, which was hilarious because I've been a huge Wiz fan for years. I only found out Boogie was going to be on the track maybe after two or three phone calls with his gang.

"Believe it or not, the collaboration came through an Instagram DM by a video producer who works with Wiz. The message was sort of funny because whatever way he worded it, he was assuming I didn't know who Wiz Khalifa was, which was hilarious because I've been a huge Wiz fan for years."

They are fans of my work, and really understand the nuances of what I do, so that is refreshing. They wanted a trippy-psychedelic-lucid-dream-vibe– the mood-board had a fun mish-mash of low-fi distortions and heavily treated color abstractions. The one goal for the video was to not make a generic weed-smoking rap video, they wanted to elevate the visuals to feel more artistic and purposeful.

Music vids are super dope, so when it comes to making a music video… where do you even start?

The process of this particular vid was not how I've approached jobs in the past– usually, a lot of planning, storyboarding and making animatics goes into any longer form like this music video. I was under a bit of a time crunch, so I decided to treat it like a freestyle– it's funny for me to even write this down, but that's what I did!

I started with the first shot and kept building– trying new ideas, new fx, new compositions, building, and creating a look and an aesthetic.

My goal was to give each shot a unique treatment in some capacity, so it really keeps viewers engaged from start to finish. As I went on and got into the groove of it, the video took on a life and a style of its own, which is exactly what I was hoping for. Sometimes the most beautiful work comes from experimenting, and this truly did feel like an experiment from start to finish. Toward the end, I revisited some of the shots at the beginning to make them a little more nuts, and make it a touch more cohesive. I applied a ton of different film-grain stock to the footage to melt it all together with my renders.

"Sometimes the most beautiful work comes from experimenting, and this truly did feel like an experiment from start to finish."

Shooting during COVID meant we couldn't all get together in a studio, so the filming had to happen in various locations. Wiz was shot on greenscreen in LA, and Boogie in NYC. Joe Hood the editor cut the footage in LA, and I did the rest in NY. An interesting silver-lining, because I'm sure without the production restrictions, this video may have never even come to pass.

In what ways did you infuse your own artistic style into this video — how does this come off as a Shane Griffin production?

I had a loose concept from Wiz's team– it was more of a mood board than a directive, which was great. In our initial FaceTime meetings, I said to his team “I think if we're going to hit this deadline in time then I've just gotta do my thing on this,” and they were like, “yeah man, just do your thing.” So as soon as we had an edit locked down, I hit the ground running, sprinting! It was a fun challenge– very uniquely expressive in that way, where you don't have much time to think, you just have to start making.

Color is a common theme in my work and there's a good deal of interesting colorwork in this video– I created some nice fluid simulations that took the hues and tones from my chromatic work and mixed them around like 2-dimensional smoke. This gave it that sort of liquid-like dreamy effect, while also nodding to Wiz's love of weed, without being too in your face about it.

"I created some nice fluid simulations that took the hues and tones from my chromatic work and mixed them around like 2-dimensional smoke. This gave it that sort of liquid-like dreamy effect, while also nodding to Wiz's love of weed, without being too in your face about it."

I work a lot with 3D, so emphasizing the feeling of dimensional space was really important to me. There's a lot of layering and camera moves that play into the momentum of the piece. Another effect that worked well here was time dilation, especially with the multiplication effects– shifting the time of footage created this trippy visual trick that makes you do a double-take to figure out who's in real-time. It somehow all melts together as a cohesive piece that has a lot of my DNA throughout.

I knew I wanted to create a chromatic treatment on one of the girls in the video, although I'd never done a person in this style before. I experimented with a lot of different techniques for these shots and embraced some happy accidents. Eventually, I made them feel like they were melting out of the screen in this retro-future-chromatic-fluid-cloak, or something! They are some of my favorite moments. If you asked me to create this again I'd have no idea how I did it.

If I could change anything… I might introduce the 8-bit Wiz character a little earlier on somewhere.

You're a member of the Young Guns 10 class, which means you've been kicking ass since at least 2012. How have you grown professionally, personally, & artistically since then?

Wow so much has changed since 2012. The signature look that people know me for now, wasn't even in my mind back then! I think I've grown professionally and artistically an immeasurable amount since 2012– hard to believe it was nearly a decade ago. I'm not sure I have anything on my website from that far back, maybe only the Yeezy Red October project.

Young Guns helped me in a lot of ways– most of all with my confidence as a young artist. In your early twenties, you're never sure if you're doing anything right, let alone your job, so it was reassuring to have that recognition by my peers. It also helped me get my visa to America, so that was a huge change for me professionally. I moved to New York shortly after, and I've been here since.

I've collaborated with some amazing people that I never would have dreamed of since then, Wiz included. I like to think that my younger self would be quite proud of some of those moments!

Any more music videos coming up on the horizon? How do you see the entertainment industry evolving?

I have no music videos coming out just yet, but I'd love to keep exploring this territory.

I think the entertainment industry has to adjust to this more nimble way of working before concerts and shows come back to our cities. It's not without its challenges, but there are interesting creative solutions for both production and events.

The Travis Scott Fortnite concert was amazing, and a great benchmark for virtual events moving forward. I see a huge move toward embracing digital experiences– it's almost at an exponential rate this year, from NFT collectibles to clubhouse, to virtual conferences– for better or worse there's no turning back now.

Young Guns Winners and One Club for Creativity Members get featured here on the One Club website and across our social media channels. Have a new project you'd love to share? An upcoming exhibition and you'd like us to help spread the word? Drop us a line at membernews@oneclub.org. 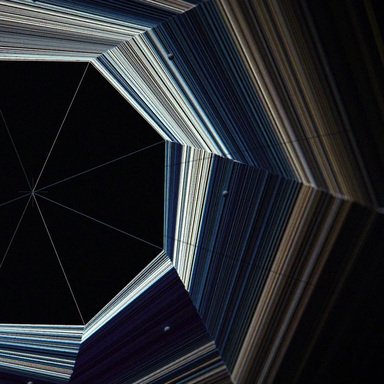