A great music video is a lot like a minauture film; if done right, they tend to invoke strong emotions and spike the viewer's curiosity. And director, artist, and Young Guns 18 winner  Saad Moosajee did exactly that  –  he created two enthralling visual albums for pop superstar Lil Nas X’s debut album Montero. The second we press play, we enter a perplexing dream like loop in both "Life After Salem" and "Tales of Dominica".

"Life After Salem" gives us eerie underground subway visuals and "Tales of Dominica" takes us into a forest with floating beds. We had the opportunity to talk to Saad himself about the direction he took when creating and directing these music videos for Montero.

Congrats on directing not one but two songs on the Montero visual album! How did this opportunity happen? 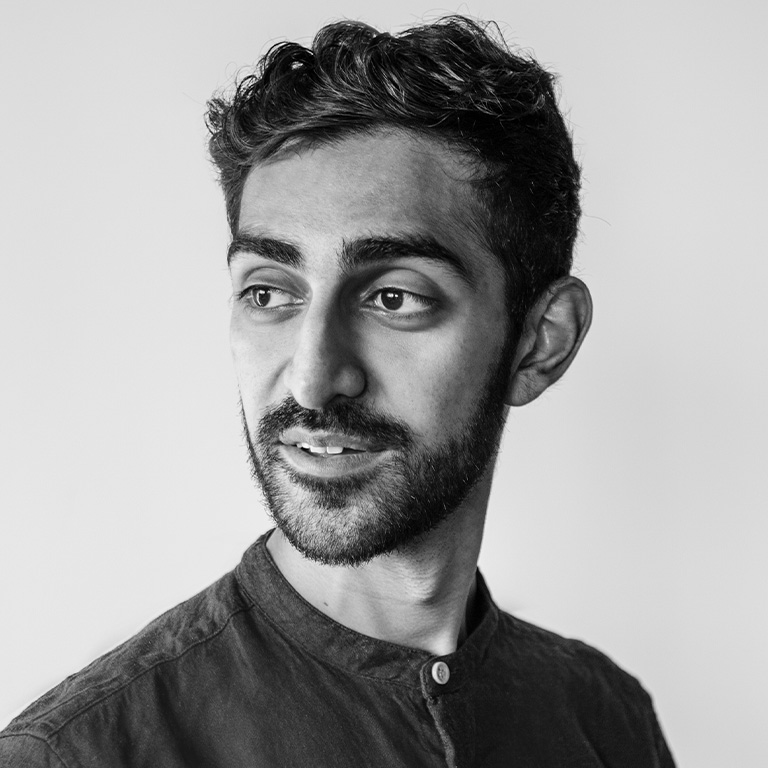 This was my first time collaborating with the Nas team. When I listened to the tracks on Montero, I immediately gravitated towards the blending of different genres. I think it’s rare a pop album incorporates such an expansive set of influences, from flamenco, to trap, to goth. The fact that he was able to touch so many sonic influences while still keeping everything cohesive inspired me. In my video and art practice, I try to work in a fairly cross-genre way and I feel this is where Nas and I connected.

Visual albums are a relatively new concept, one that requires a ton of cohesiveness among disparate creatives. How is the vision for the overall album determined, and how do you see it through?

I was only focusing on my work for the album and didn’t communicate with any of the other artists. The Nas team provided a few unifying themes in their briefs to help anchor each video in the vision of the album. I think it was a unique project because even though it’s a visual album, each artist was really given the freedom to put their own touch on the tracks they were working on.

Let’s get into your video specifics. Oftentimes music videos leave the viewer wondering about the meaning. Can you give us any details behind the creepy vibes in "Life After Salem" and the floating forest bedroom in "Tales of Dominica"?

A unifying theme of the album is the idea of a dream world. I came back to this a lot in both pieces. In terms of the actual meaning, that is coming out of the content of the track. In my work, I treat the lyrics of the song like a book and the video I am making like a movie, so every visual and motion decision is ideally coming out of something that originated in the “script,” aka the song itself.

"In my work, I treat the lyrics of the song like a book and the video I am making like a movie, so every visual and motion decision is ideally coming out of something that originated in the “script,” aka the song itself."

In "Tales of Dominica," we explore concepts of home through nature and humanity, moving through a series of illusions simultaneously indoors and outdoors. The lyrics of the song are very striking and touch on Nas’ upbringing. I tried to express this through a dreamworld that oscillated between surreal tableaus and storybook-esque motifs that almost felt like they were out of Alice in Wonderland.

In "Life After Salem," a series of vignettes focused on liminal spaces are used to create a hopeless place. Each space is designed in multiple camera angles, making it legible from many perspectives and vantage points. Nas wanted the imagery to create a world you were compelled to stay in but also wanted to escape from. I used this multiplicity to convey a cycle of repetition and distortion, while also layering motifs that complimented the darker undertones of the track.

What were the most thrilling and challenging parts of working on these videos?

For me, the most exciting part was when the project was released and I was able to see how the other artists on the project approached their videos.

Stylistically I usually approach most videos like short films, so it was a challenge figuring out how to fit an entire visual world into only 40 seconds of animation, but one that I really enjoyed.

"Stylistically I usually approach most videos like short films, so it was a challenge figuring out how to fit an entire visual world into only 40 seconds of animation."

How involved was Lil Nas X in the project, creatively speaking?

I think each collaboration is unique. Nas definitely had a strong vision not only for the music, but also for the visuals. I think this comes through in the finished product.

Have "Life After Salem" and "Tales of Dominica" become your favorite Lil Nas X songs?

They are definitely two of my favorites on the album, "Tales of Dominica" is my personal favorite. The moment I heard that one I immediately picked it and got straight to work.

You won Young Guns 18 last year — our first ever COVID class. How have things been going since then?

It’s been an interesting year for me, I was actually still recovering from COVID last year when I won Young Guns. I’m always trying to work on my craft, but that was the first time I’ve ever had something external block me so consistently from being able to work. I spent a lot of time reflecting on the industry– wondering how we can create systems that give space to creatives when unforeseen obstacles arise.

I was grateful to join the Young Guns community which features many of the individuals who inspired me to pursue a creative path. A big highlight for me this year was judging COLORFUL and helping to support POC and South Asian individuals.

"I was grateful to join the Young Guns community which features many of the individuals who inspired me to pursue a creative path."

What should we be looking out for on the horizon from you?

Most recently I created official artwork for the launch of the new MacBook Pro. At the moment I’m finishing up another music video that I hope to share soon.

The Young Guns 19 Ceremony + Party takes place on Wednesday, November 17 at Sony Hall in New York City. Tickets are on sale, with discounts available for One Club Members 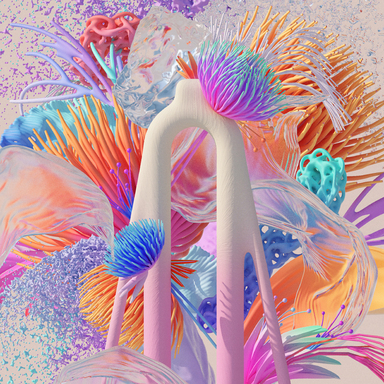