It is always 72 & Sunny in LA – at least it is for Glenn Cole, John Boiler, Matt Murphy and their dynamic team! This is the second year in a row that they have partnered with us for the LA Creative Boot Camp! This time, they revealed the Truth - the client that is. The CBC began at their architecturally stunning office with an exciting welcoming speech by partner Matt Murphy and a screening highlighting some of their best campaigns. The team working on the Truth campaign followed with one of the most thorough presentations of a client brief ever given, which then led into a great reception. The following day, at Loyola Marymount University, Creative Director/Copywriter, Sean Vij addressed participants with a brilliant creatively inspiring presentation that was layered with humor and invaluable lessons. Over the three days, many creatives from 72 and other agencies rallied to mentor the participants at LMU’s sprawling campus. The teams created “smoking hot” campaigns that made for a fun-judging day! There were many great moments at this year's CBC LA, one of my favorite's was having three of the winners hired by 72 & Sunny from last year's CBC, come back to mentor the students at this year's CBC - now that's the truth! 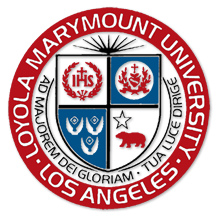