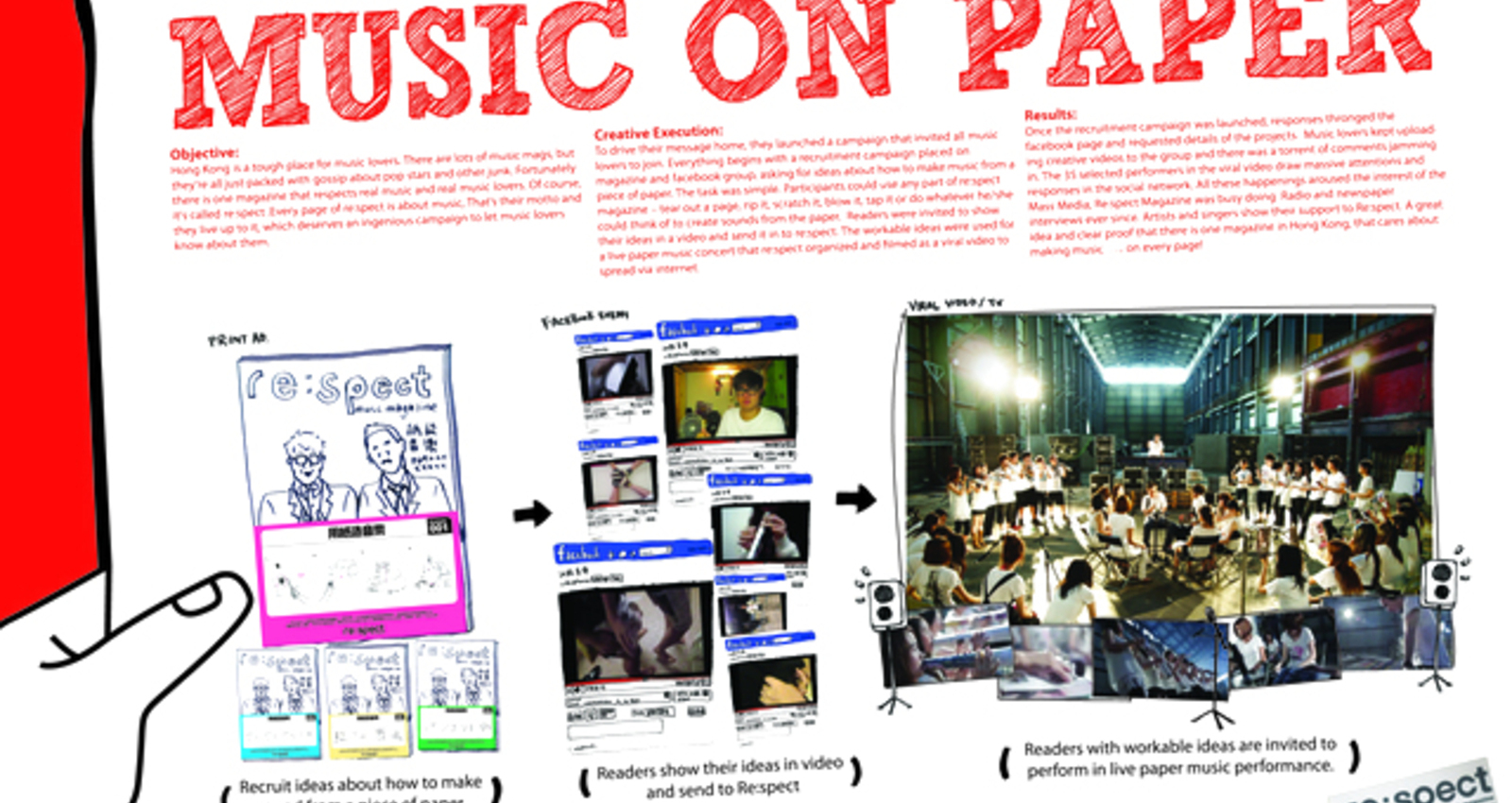 Our client was a specialist music magazine called re:spect. The magazine’s slogan was ‘Every page of re:spect is about music’. We wanted to demonstrate truth of this in a way that would attract new readers.

First we launched a recruitment campaign in magazines and facebook groups, asking for ideas about how to make music from a piece of paper. Participants could use any part of re:spect magazine – tear out a page, rip it, scratch it, blow it, tap it or do whatever he/she could think of to create sounds from the paper. Readers were invited to show their ideas in a video and send it in to re:spect.

The best workable ideas would be used for a live “Paper Music Concert” which re:spect would organize and film as a viral video to spread via the Internet.

Following the recruitment campaign, the facebook page was packed with requests for details of the project. Music lovers kept uploading creative videos to the group page provoking a torrent of comments. The final 35 selected performers for the viral video drew massive attention and response in the social networks. All this aroused the interest of the Mass Media and re:spect has been busy doing radio and newspaper interviews ever since. Artists and singers have also shown their support for re:spect.

We successfully made use of social networks to draw more attention from non-readers and gained hundreds of new readers!

Hong Kong is a tough place for music lovers. There are lots of music magazines, but they’re all just packed with gossip about pop stars – nothing about actual music.

Fortunately there is one magazine that respects real music and real music lovers. Naturally, it's called re:spect, but it is not yet well known. Every page of re:spect is about music. That’s their motto and they live up to it.

Our objective was to let music lovers know about this magazine and encourage them to become readers.

The main challenge appeared in the MV shooting stage.

The paper-players are the readers themselves, we need to give them sufficient practice and clear guidance. 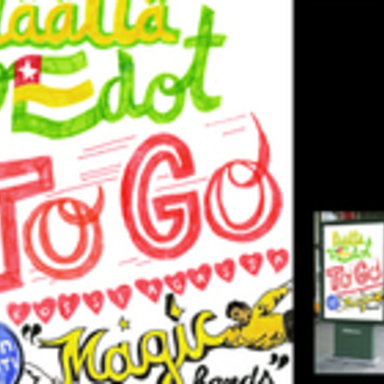 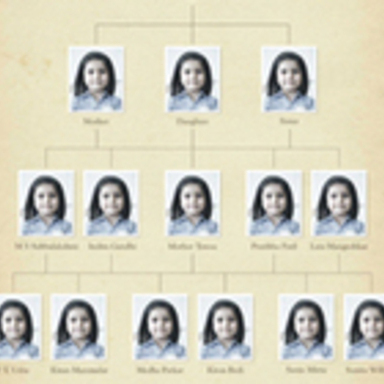 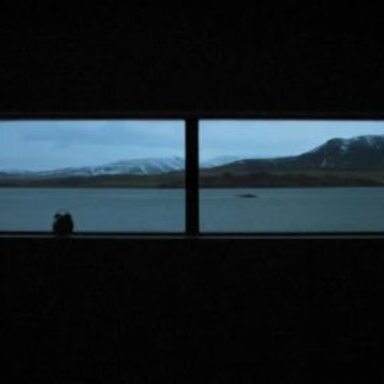