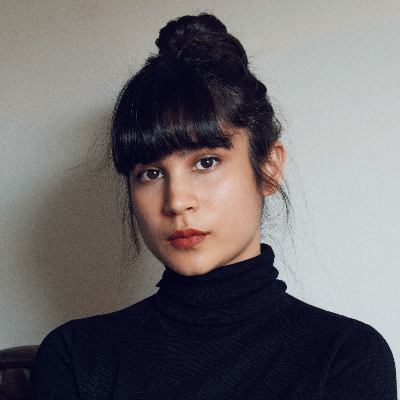 I have a fuzzy memory of coming across Young Guns back in design school. I learned about the award when I was researching designers I looked up to, like Alex Trochut, Jessica Walsh and Stefan Sagmeister. I remember recognizing that being selected to be a part of the Young Guns powerhouse cohort, tends to set the tone for the designer’s future career.

Since you’ve entered before, what did you do differently this time around that may have pushed you into the winners’ circle?

This wasn’t the first time I entered, but it was the last time I could (I turn 30 in a few months). I first applied for YG17 with an "it doesn’t hurt to apply" frame of mind, and to my shock, I was selected as a finalist.

Honestly, at the time, I didn’t fully realize how much of a feat it was to even be selected as a finalist. I skipped the year after, realizing my portfolio definitely needed some maturing. This is the second time I’ve applied with a deeper and more mature body of work. It’s crazy what two years can do. I’ve grown to have a lot more conviction about my design practice and the beliefs that guide it.

These last few years have been so transformative, especially for my independent practice– I don’t believe there was a single overlap between my two submissions to Young Guns. I've continued on my quest of exploring whatever "communication design" can mean– from building AR experiences for clients like Snapchat Spectacles and Instagram, to illustrating articles for NY Times and The New Yorker Magazine, to practicing human centred design and storytelling at IDEO, to more recently, building complex brand systems with Karin Soukup.

While all this has gone on, the biggest growth has been in how I feel internally when I think and create. I find myself trusting myself to figure it out more often than I did before.

I didn’t second guess myself this time as much. My metrics for selection included, "Did I learn something? Did I have fun? Did I add value to peoples' lives, even in the smallest way?" Sometimes that’s as simple as it needs to be. I had a hunch that this time, however counterintuitive it might seem, I shouldn’t be so precocious about consistency or a theme across the six projects. The fact that it’s all coming from me, a single individual with lived experiences and a point of view, will be enough of a connecting thread.

I randomly got up at 7am and checked my phone, as most of us adults with unhealthy habits do, and I had to read the email 15 times to make sure I read what I read and I wasn’t half asleep!

The adrenaline rush was real. I just sat there awake, waiting excitedly and very impatiently for the next few hours for my partner to wake up so I could tell him I made it! My celebration was a day of phone calls. When good things happen, you just want to share them with the people you love.

I’ve lived parallel lives for a while, one as a designer, and the other as an artist. I’d say my recent editorial projects are a favourite because they hit the sweet spot between these two lives. The piece has a job to do and something to clearly communicate, but still has space for my visual expression and interpretation. It doesn't hurt that the articles and reviews I’ve illustrated have all been biology related, reuniting me with my long lost love of reading scientific non fiction.

I've always worked towards broadening my skill set in the pursuit of becoming a versatile designer, which isn't the best formula for developing a singular signature style. That said, I am drawn to a few signature visual moves and image making devices.

A large part of my work is dimensional and I often use 3D as a tool to think spatially and create work that isn’t trying to be photorealistic. Instead, I think there's a lot of potential to create a new aesthetic toggling between 2D and 3D.

I also enjoy meaning making through juxtaposition– putting two ideas together that don't make sense until they do. There's an additional compositional challenge in working with abundance and chaos, and then trying to find balance in it.

My work style varies as much as my visual style does. My design practice begins with research, heavy discovery, diving headfirst into context, building off of strategy, etc. I get to throw all of that out in my artistic process and let my hands have a life of their own.

Sanchit Sawaria was my first favourite designer, and then my partner. Inevitably, he's played a huge role in my growth as a designer– being a point of inspiration, a source of feedback, a sounding board, and he has extended the definition of partnership. I've been really lucky to find mentors in legends like Franz Blach (Partner at IDEO Europe) and Karin Soukup (former MD of Collins) in different stages of my life who are generous with their knowledge and time, and most importantly, they are really cool people.

My list of previous Young Guns winners is too long. I've consistently ogled at each winners' work and repeatedly wondered, "how did so many good ideas come from the same human being?"

"I've consistently ogled at each winners' work and repeatedly wondered, "how did so many good ideas come from the same human being?""

I want to get comfortable working with scale and full blown productions where diverse skill sets need to come together to make it all happen. And I want to take up projects somewhere between art and design that require ambition and vision.

Trying everything at least once! I haven't made a movie yet or a music video so...

There's no one right way– I learned that years ago and that point of view has only become stronger over time.