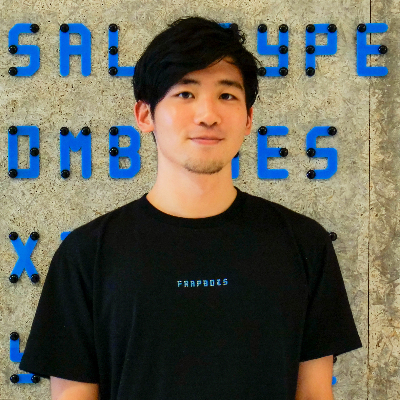 When did you learn about Young Guns?

Congrats on the first-time win! What made you enter this year?

I applied because I wanted to test myself and expand my projects into other countries. I've been meaning to apply for a while, and now that I'm almost 30 I decided to do it.

I didn't have too much trouble because there were exactly six projects that I liked. However, the concept that sums up my six projects was a problem I had to solve.

I received the news at home. My partner and I were delighted.

Braille Neue is my favorite. The most important point of this project was not only to create a typeface, but also to create a natural communication between a sighted person and a visually impaired person. Through this project, I learned about things I didn't know and I discovered needs that were not apparent to me before.

My mission is to design mechanisms for people to mix naturally and interact positively with each other. Most of my projects begin with the discovery of universality beyond disability, nationality, age, and gender.

Product Designer Shunji Yamanaka was my mentor at university. He has participated in researching areas that designers have not been involved in before, and he has produced and presented various prototypes. He has influenced me in many ways, including the way I work with prototyping.

Chihiro Konno (YG13). I love her beautiful graphics and ideas.

As the Corona disaster came to a head and people started to get together more, we felt the importance of in person socialization and communication. Personally, I'm interested in spatial design. I would like to challenge myself to create a system that connects people through space.

" I want to work all over the world, with people I've never met, and come up with great ideas that I've never seen before."

Any thoughts about winning YG19?

It is a great honour to receive this award, and we will continue to build prototypes and discover hidden social issues in the world.