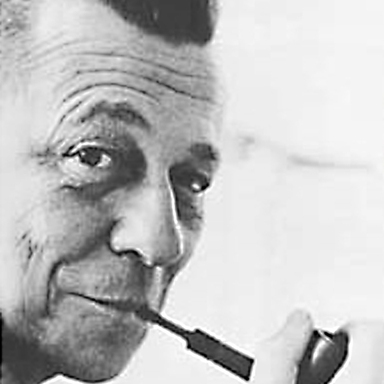 Jack Tinker is best knownparticularly to younger peoplefor his creative think tank that helped spawn many of the trends of the creative revolution of the sixties. But for 30 years before that, he had been a bright lightan art director of protean skills. And Tinker has been an important presence in the industry.

The word "communicator," applied to the art director, writer, or creative director, is relatively new to our lexicon. Tinker, who has been in advertising all his adult life as a creator and executive, always considered himself a communicator first.

His advertising story began in 1927a time in American life still suffused with the optimism of the American Dream. A crisp 21, two years out of the warm embrace of Philadelphia's venerable Pennsylvania Academy of Fine Arts, Jack Tinker was, for all the surrounding optimism, just one more impecunious artist casting about for a place in commerce's chilly environment. Interestingly, as he looks back at that time, he recalls there being no surging youthful ambition pushing him toward advertising. "I guess I was old enough and wise enough to know that an agency used whatever talents I might have; moreover they paid for them." Tinker's story throughout reveals how events, never even perceived by lesser talents can, in gifted hands, be turned into successes.

Advertising in Philadelphia in the late twenties meant N. W. Ayer & Son, a distinguished agency with a somewhat unorthodox attitude about employing the non-commercial artist. In what became a tradition, many of its art directors achieved a measure of distinction in the fine arts in addition to their achievements in advertising. In two years the inexperienced but ingenuous painter had emerged as one of the key creative people on Ayer's directorial staff, a position of increasing luminance he held for seven years while working on Yardley and other important accounts. It is a point of nostalgic pride to him that it was his ads that introduced the unforgettable Model A Ford to the American public.

With a solid record of achievement, he was next beckoned to New York and the J. M. Mathes Agency, where for five years he lent his skill, wit and creativity to a range of campaigns that encompassed innumerable industrial enterprises as well as household products (including, among others, Canada Dry, Lux Toilet Soap, American Viscose). But it was the McCann-Erickson base from 1939-1960 (minus a short period with J. Walter Thompson) where he assumed various executive posts and eventually became its creative director and senior vice president. Adsin their entirety or components bearing the Tinker stampwere regularly selected for the Art Directors Annual Exhibitions and frequently took awards. In 1952, he received the coveted National Society of Art Directors "Art Director of the Year" Award. An issue of Advertising Age called him "one of the greatest art directors of all time."

Tinker wrote, designed, created, supervised, and drew the famous "Mr. Friendly" series for American Mutual Insurance.Louis Dorfsman, also a much-honored art director at CBS, vividly recalls one of those vignettes that demonstrated Tinker's low-keyed manner and penetrating creative insights. It was during a discussion of a CBS Radio campaign. The meeting room was filled with smoke and banalities. Tinker cut through the enveloping murk with a succinct description of an ad: a lone automobile making its dusty way along a desert highway. It said, The driver of this car is being sold a refrigerator." That was 17 years ago. The ad's freshness, pertinence, and sprightly sense of communication remain unfaded by time.

In 1960, the Interpublic Group, under the aegis of Marion Harper, established a company whose sole function was creative exploration and development. This company, of course, became the famous Jack Tinker and Partners where, for a full decade, Tinker provided the spiritual wherewithal, creative resources, and rare leadership that united a diverse and gifted group. They began with four: Tinker, Dan Calhoun, art director, Myron McDonald, marketing generalist, and Herta Hertzog, research. Ineluctably, the unique concept had to give way to carrying out the functions of an ad agency. After acquiring the Alka-Seltzer account they became a full-service agency to respond to its clients' needs. However miraculous, they kept their specialnessand the graduate members of the team reads like an advertising "Who's Who. Mary Wells,Bob Wilvers,Henry Wolf, Stewart Greene are but a few who labored in this unusual and fruitful vineyard. A few of its memorable achievements: the first of the new Alka-Seltzer campaigns that helped to make captivating advertising a part of the contemporary language, Braniff Airlines, Buick Riviera, and Accutron Watch. The free-flowing group had far-flung influence beyond expectations.

What was the agency like? Said Mary Wells, "Some people run agencies like banks or religious organizations or like Bellevue Hospital. Jack ran his like a Scott Fitzgerald novel. He created a witty, glamorous atmosphere that was intensely personal and tremendously productive."

Bob Wilvers: "Jack was the genius catalyst who created and held together an environment in which sensitive, well-intentioned, creative people could work. There can't be a warmer, kinder, more generous man or a man with more style."

To Tinker, advertising is not a medium for sales, but is a way of reaching people in effective salutary, humane form. He feels advertising is the province of the younga medium of the immediate now. "It is not the forte of the ancient."

Prolific as a book illustrator, totally versatile as a magazine and advertising writer, there was and still is an unquenchable vivacity to Jack Tinker. Although a serious illness forced him to withdraw from the active agency front in 1971, he recovered with typical buoyancy and is now pursuing the fullness of life as an artist, writer, and keen observer of the advertising he knew and helped build. He lives in Upper New York and Florida with his wife, Martha.

Tinker gave dedicated effort to the idea that art direction was an important segment of the world of communication. He helped shape a profession in which the creative mind and hand could flourish.