The ADC Annual Awards, part of The One Club for Creativity, is the oldest continuously running industry award show in the world. Now heading in its incredible 100th year, these Awards celebrate the very best in advertising, digital media, graphic and publication design, packaging and product design, motion, experiential and spatial design, photography, illustration and fashion design all with a focus on artistry and craftsmanship. 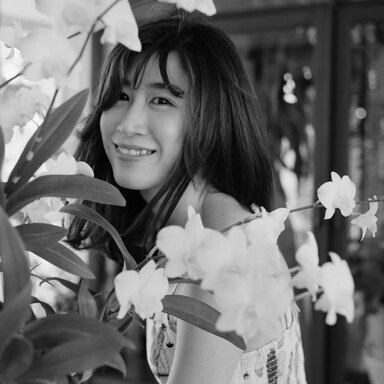 Born and educated in Bangkok, Pomme completed her BA in Interior Design at Silpakorn University before working at the Bangkok offices of both WPP’s DY&R and Grey as a graphic designer. In 2002, she relocated to the UK for a Foundation in Graphic Design and Communication at the London College of Communication. Pomme lived and worked in London until 2013 when she returned to Bangkok to open WhatIf Design shop and cafe, and her own Happy Pomme Studio.

Over the past 14 years, her drawings have been featured in many magazines, and she has worked on prestigious ad campaigns for the likes of Sony, MTV, Volkswagen, Mercedes-Benz, Microsoft, The Guardian, Urban Outfitters, Origins, Nike, the Academy Awards (Oscar) and Topshop.

Using her unique hand-drawn skill, Pomme Chan’s eclectic style gets its inspiration from everyday life. Nature, fashion, architecture and female form play a big part in her works. Pomme is also passionate about typographical illustrations, several of hers have appeared in Variety Magazine, Digital Arts Magazine and New York Times Magazine, among others.