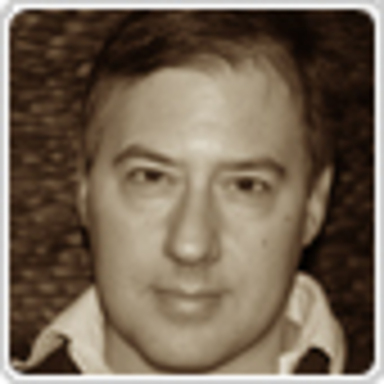 Dan Fietsam is the Chief Creative Officer of Energy BBDO, whose clients include Wrigley's Orbit, 5, Eclipse and Altoids brands; Jim Beam, Canadian Club, Dial, Dial for Men, Right Guard, Bayer AG, Aleve, Midol, One-A-Day, The Illinois Lottery, VTech, The Art Institute of Chicago, The Wildlife Trust and the Chicago White Sox. Energy BBDO energizes people and brands for clients who understand the force multiplying effect of creativity to generate value beyond the paid media investment. Dan’s creative influences would be a multi-genre Frankenstein mashed-up from parts of Dean Wareham, David Foster Wallace, Jean-Michel Basquiat, Terry Gilliam, David Cross, Evel Knievel and Kim Deal. At the simplest (or most complex) level, Dan gets excited about creative content that is funny, smart and mesmerizing no matter what screen, channel, pipe, wire, wave, amplifier, page, speaker or system it’s delivered through, analog or digital. His creative work has won in Cannes, The One Show, Communication Arts, D&AD, Clio, Obie, Art Directors Club and MPA Kelly, has been featured in Archive and Contagious magazines, and has won an Academy of Television Arts and Sciences Emmy. Additionally, his work for Sears, Dell, Bud Light and T-Mobile has garnered multiple Adcritic, Adweek and AdAge Best Spots of the Day, Month and Year. He has also honorably served on juries for The One Show, Art Directors Club, the Effies, Hatch and London International. Previously to Energy BBDO, Dan was an Executive Creative Director at Publicis in Seattle, overseeing all T-Mobile creative content including broadcast, interactive, CRM, mobile content, print and retail. Other clients included CoinStar and Washington's Lottery. Before Seattle, Dan was Creative Director and copywriter on Bud Light for Anheuser-Busch and Dell computers at DDB Chicago. Before DDB he worked at Y&R Chicago and Leo Burnett. Dan‘s first gig out of school was at Ogilvy & Mather in Chicago, school being the Medill School of Journalism at Northwestern University. Dan sincerely thanks you for taking the time to read this and now feels oddly obligated to return the favor.